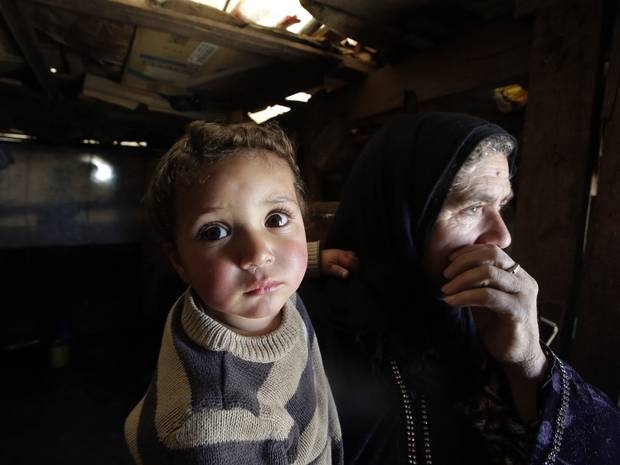 Eleven-year-old Abdullah was working on a construction site last week when he accidentally swallowed a rusty nail. He was one of up to 200,000 Syrian refugee children – some as young as five – working in Lebanon’s potato and bean fields or picking figs in the Bekaa Valley. Many of them are beaten with sticks in a situation perilously close to slave labour. And when their country’s cancerous war ends, they will be the new men and women who will have to return to rebuild their nation. But they will be half-educated, having lived through their childhood as labourers, sleeping in some of the filthiest camps in the land. Abdullah was living with his family in a tent in Tel Ferhoun when he swallowed the nail. He didn’t tell his parents, as he was afraid they would be angry with him. A fatal mistake. Just before the weekend, he died of tetanus poisoning. Newspapers carried not a word of his passing – after all, Isis supporters are in battle with Lebanese soldiers in the north and the army now claims it is fighting a war against “terrorists”. This means that the Lebanese army and the Syrian army and the Egyptian army and bits of the Libyan army and the Algerian army and the Tunisian police are now all claiming they are fighting “terror” – and of course they’re all deploying the very same words George W Bush and his British partner-in-crime used before they started smashing up the Middle East 11 years ago. So much, then, for little Abdullah. Walking around these tented encampments in the Bekaa with Lebanese and Syrian NGOs of outstanding courage and humanity, one can only wonder how such a tragedy can be resolved. Because most of their fathers are in Syria, their mothers burdened by more and more childbirths – one Lebanese doctor has reported delivering a third child to the same Syrian woman refugee since she arrived here – the families need the money. Each camp runs a vicious system of “shawish”, a network of venal Syrian supervisors who pay some children only 90p per day. Families have to rent one tent lamp for £6 a month, a portable television for another £6. Some even have to pay £60 a month to live there.