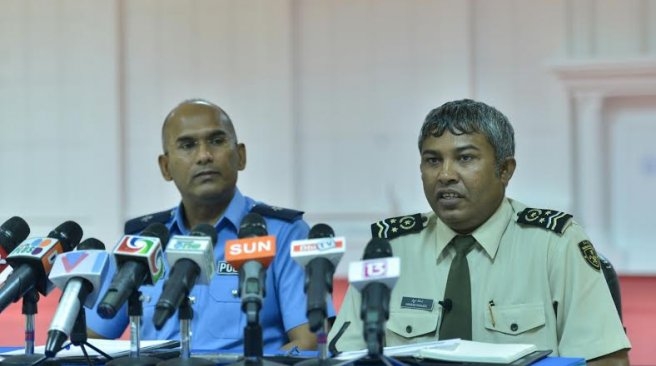 A group from Syria escaping from the war in Syria, they were travelling to Europe with a stop in Maldives. The group was sent to Doha on counterfeit passports on March 27 where Qatar police detained them and sent them back to Maldives. Investigations showed that a 25 years old immigration officer and 29 years old ex-employee of immigration had been responsible for sending the group on counterfeit passports. “It has been found out that the two officers were paid a large sum of money,” said Rasheed, Superintendent of Police. The Immigration Chief Principal, Hussein Haleem, cleared that in case of anyone was found travelling on counterfeit passport, would be sent back to where they had last travelled from, and that’s why the group was sent back to Maldives. According to Haleem, the group was questioned and sent back to Syria. “We will take measures, even if it is against immigration employees. We have zero tolerance in such cases.” He added. Eventually, an Immigration officer and an ex-employee of the Immigration Department were arrested. A group of 9 Syrians including 3 minors was sent back to Syria.