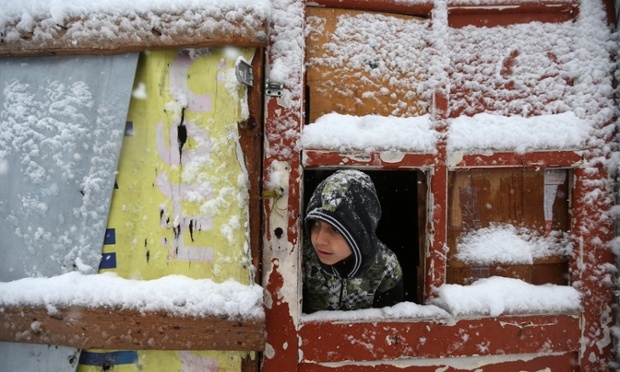 It has already been four years since the beginning of the conflict in Syria. The war has caused more than 3.7 million people to flee Syria, mainly to neighbouring countries like my home, Lebanon. Iyad and Ziad are 10-year-old twins from Syria. About two years ago, the boys dug a hole in the ground next to their house and buried their special marbles. It wasn’t to hide them, but to serve as a landmark. Knowing that their house would be destroyed, they created this landmark so that they would know where their house used to be when their wish to return home came true. This wish, to be able to return to Syria, is shared by every refugee I’ve met over the past four years. I never imagined that I would still be seeing some of the faces I met two or three years back. Sadly, like a time-lapse video, I have seen eyes wrinkling, hairs greying and faces ageing; even more disconcertingly, I have seen the skin on children’s hands thickening from labour. Syrian refugees are in now in every corner of Lebanon. In rural areas there are tents covering almost every spare piece of grass or dirt. Sometimes you find just two or three crowded on to a small piece of land; in other places there are hundreds sprawling across what used to be a paddock. Some of the Syrian refugees who are living in the Bekaa Valley, now home to 400,000 refugees, used to come across the border for seasonal agricultural work. Now those same people are here with their families, and there is not enough work to go around. Even with assistance from humanitarian organisations such as World Vision, refugees struggle to pay for basics like food and fuel for heating as well as the rent for their small square of land. Unfinished apartments and houses, in effect construction sites, have also become makeshift homes across rural areas and into the suburbs. The bare concrete offers little more protection from the elements than a tent, and the building materials are unfinished. In Beirut, the scale of the problem is just as arresting. People sleep under bridges and overpasses, and you can’t walk down the street without coming across a Syrian person begging, or trying to sell small keepsakes, to earn some money. More than a million Syrian refugees in Lebanon is a great burden to carry for a country that previously had a population of about 4.5 million. Proportionally, that represents a higher figure than if the entire population of Greece moved to the UK. Our infrastructure, health services and education systems are all stretched to breaking point and poorer Lebanese are suffering alongside refugees. More than two-thirds of school-age refugees in Lebanon are being denied an education, either because they cannot afford the expenses or because they are forced to work to help support their families. In some areas, there are simply no schools available, or a lack of transport prevents children from attending classes. For these children, the future citizens and leaders of Syria, it’s hard to maintain hope. Some children are facing their third or fourth year out of school. When they’ve been out of school for so long they know they won’t go back – it would be too hard to catch up on everything they have missed. Humanitarian organisations like World Vision are struggling to find ways and means to get more refugees into classrooms. Our programmes include accelerated learning for “out-of-school” children, remedial classes for those who are struggling to keep up, and informal education in child-friendly meeting places. We’re also supporting more teachers, adding bathroom facilities and providing supplies. But it’s not enough. The resources of local schools, government and humanitarian organisations are stretched and the needs keep growing. The truth, no matter how you view it, is that a whole generation of children is growing up displaced and uneducated. This will have real, long-term impacts, not just for them but for the future of their country. While lack of access to education is just one of the many challenges facing Syria’s children, ensuring their continued access to learning is an essential platform for their protection, social stabilisation and economic recovery, and one the world cannot ignore.