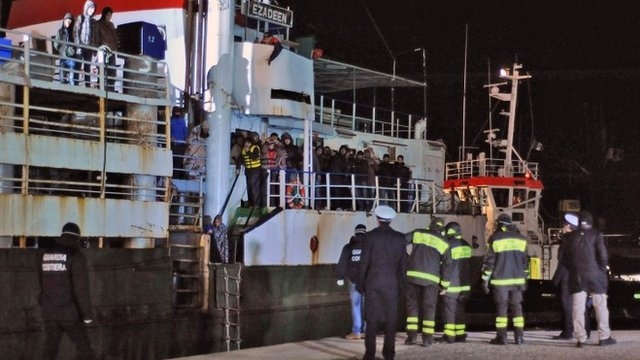 efugees from the Syrian conflict, abandoned by people traffickers on an animal cargo ship in the Mediterranean, are being found accommodation in Italy. Most of the 360 migrants, who included 74 children and four pregnant women, were said to be in reasonable health. The ship, the Ezadeen, is the second vessel full of migrants to be abandoned off the coast of Italy this week. Italian officials said that in the last year, they had rescued or found about 170,000 migrants and asylum seekers at sea.