Aid for Kurdistan on its way from Wellingborough 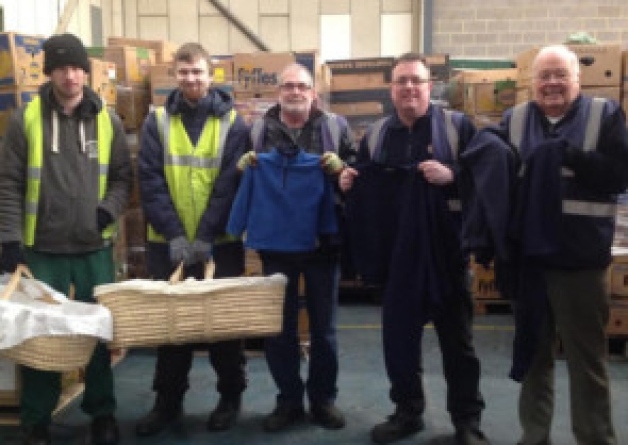 A container packed full of more than 1,000 boxes of potentially life-saving aid is on its way to help people in Kurdistan. Sleeping bags, warm blankets and clothing are just some of the items which have been collected and packed by the Phoenix Resource Centre before being sent off to the country where people are trying to survive in temperatures as low as -20C. The charity on Wellingborough’s Finedon Road industrial centre offered its services after hearing about the appeal for aid which was originally launched by a woman in Brighton and has been backed by the Church of England. Churches across the UK have responded to the appeal, and boxes are arriving daily at the Wellingborough centre to be sorted, packed and sent off to help refugees in Kurdistan. Andrew Richardson, trustee of the resource centre, said: “She came to us for help so I said we would help them as their central distribution point. “That was two weeks ago and we have been swamped since then.” He said they usually get two or three deliveries each day, but this appeal has seen up to 20 deliveries every day from as far away as Dumfries, Kendal and Norwich. The container, stacked full of 28 pallets each containing up to 45 boxes of aid, set off on Saturday and is likely to take up to two weeks to arrive at the refugee camps where it is needed the most. Mr Richardson said the warm clothes for babies right through to adults and bedding could be life-saving given the current weather conditions. His father John, another trustee, said: “I have never seen an appeal like this before, it has created such a buzz.” But this is not the first time the charity has helped out abroad, with previous shipments going to Syria, Afghanistan, India, Pakistan and Bangladesh. Despite being inundated, Mr Richardson said they would like to hear from anyone who could donate tents in full-working order. More about the charity The Phoenix Resource Centre in Wellingborough has volunteers aged between 11 and 75, and they give up their time to sort through items given to the charity to recycle or re-use. They take in clean usable waste, including off-cuts of material, wood and card, surplus stock, end of line items and unwanted goods or returns which would probably end up un in landfill otherwise.