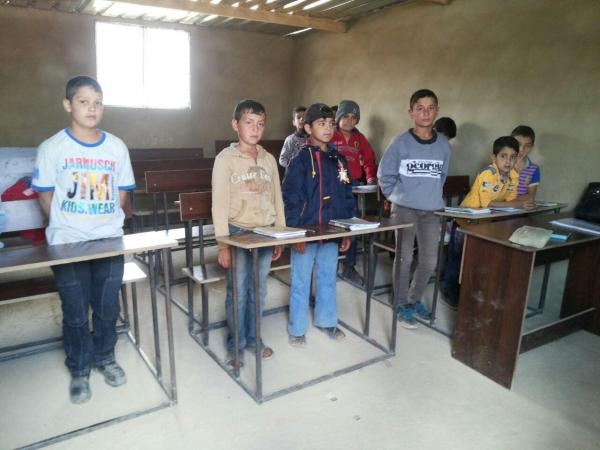 An aid worker from Richmond is appealing to her home town school and community for help raising funds for a volunteer school for refugees in Lebanon. Tuesday Reitano, a former student of the Vineyard School in Richmond Hill, who moved to Lebanon three years ago, is working with a youth group near Beirut to build a school for Syrian children. The school, which is run by volunteers from 7am until the evening every weekday, and educates 800 children of all ages who have fled extreme violence in their own country. s Reitano said: “These kids don’t want to fight. They don’t want to beg on the streets. They have dreams of becoming teachers, doctors and lawyers, and to heal the wounds in their communities rather than make more.” Citing her former school as an inspiration for her work, she said her own education taught her much about helping others. She said: “In the Vineyard they took community service very seriously. I will always remember carol singing for Save the Children on Richmond Green. We raised more than £100 in one night, which was a lot for a kid back then.” So far, she has raised £7,500 out of a £10,000 target, largely through her GoFundMe campaign School for Syrians.