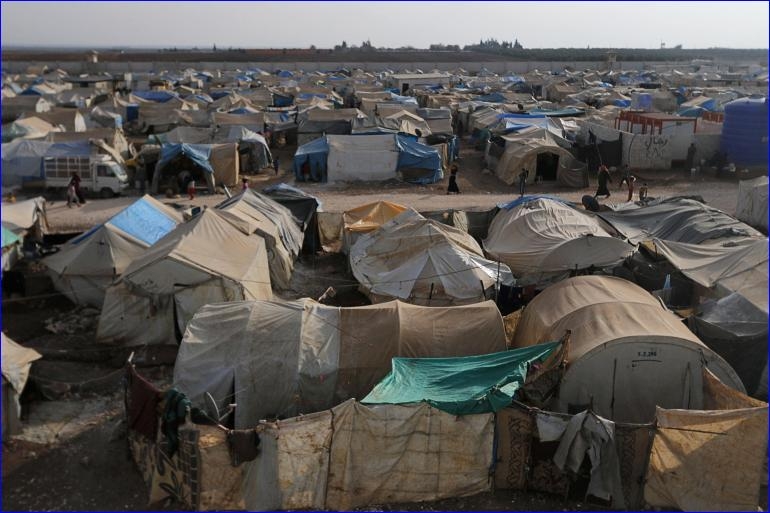 Amnesty International on Friday warned that Syrian refugees displaced by the protracted conflict in their home country could face “catastrophic consequences” if the international community continued to ignore their plight. The statement by the human rights group comes just days after the cash-strapped United Nations’ World Food Programme was forced to suspend food assistance to over 1.8 million Syrian refugees. “More than 10 million Syrians, or 45 percent of the country’s population, are believed to have been forced out of their homes due to the conflict,” Amnesty International said, in a report titled ‘Left Out in the Cold: Syrian refugees abandoned by the international community.’ Of these, nearly 4 million have been driven out of the country — 95 percent of whom have sought refuge in just five nations — Turkey, Lebanon, Jordan, Iraq and Egypt. “The Gulf states — which include some of the world’s wealthiest countries — have not offered to take a single refugee from Syria so far. Russia and China have similarly failed to pledge a single resettlement place,” Amnesty said, in the statement, adding that the shortfall in the number of resettlement places for the refugees is “truly shocking.” Amnesty also lamented the fact that even though a tiny country like Lebanon had offered shelter to nearly 1.1 million refugees — over a quarter of its population — the Gulf states, which have deep religious and linguistic ties to Syria, had failed to live up to the challenge. “The complete absence of resettlement pledges from the Gulf is particularly shameful,” Amnesty said. Amnesty also hit out at European nations for their apathy toward providing support and shelter to the refugees, and for “scare-mongering” over rising immigration levels. “The total number of Syrians who have reached and applied for asylum in the EU in the past three years was approximately 150,000 … the five largest countries in the EU — the U.K., France, Italy, Spain and Poland — have pledged just 2,000 places between them constituting just 0.001 percent of their combined populations,” Amnesty said, in the statement. The organization’s report comes ahead of a United Nations donor conference scheduled to be held in Geneva on Tuesday. Sherif Elsayed-Ali, Amnesty International’s head of refugee and migrants’ rights, said, in the statement, that the international community should utilize the conference to “turn the tide around” in Syria. “Countries cannot ease their consciences with cash pay-outs then simply wash their hands of the matter,” Elsayed-Ali said. “It is time for world governments to take the courageous steps needed to share the responsibility for this crisis and help avert further suffering.”