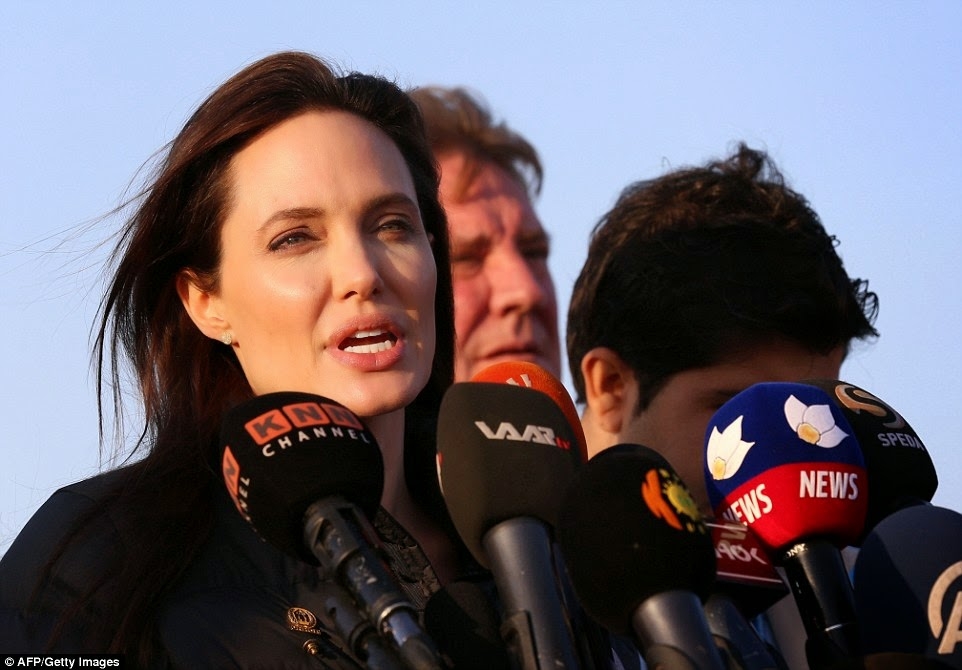 The U.N. special envoy visited the Khanke refugee camp in Iraqi Kurdistan, which provides shelter to around 20,000 survivors of ISIS-related conflicts. Khanke is about a 40-minute drive from Dohuk. Jolie also paid a visit to the Domiz refugee camp, home to over 50,000 Syrians displaced by the civil war in their country. Domiz houses one-fifth of the 223,000 Syrian refugees in Iraq. Domiz is close to Dohuk, and about an hour outside the ISIS-controlled city of Mosul. There are more than 3.8 million Syrian refugees currently living in Turkey, Jordan, Lebanon, Iraq and Egypt. About 7.6 million Syrians are displaced in Syria. The U.N.’s refugee arm, the UNHCR, was plagued by an extreme budget shortfall last year. The agency received less than half of it’s $337 million operating expenses for programs supporting Syrian and Iraqi refugees. Angelina Jolie commented on the state of the refugee camps: “It is shocking to see how the humanitarian situation in Iraq has deteriorated since my last visit. On top of large numbers of Syrian refugees, two million Iraqis were displaced by violence in 2014 alone. Many of these innocent people have been uprooted multiple times as they seek safety amidst shifting frontlines. “Children whose parents were murdered and are now here unaccompanied – a 19 year old working and being the sole provider for his 7 siblings. I have met mothers whose children have been kidnapped by ISIL. As a parent, I couldn’t imagine a greater horror. They are overwhelmed by thoughts of what is happening to their children. “The international community has to step up and do more.