The Syrian regime has deployed arbitrary deadly weapons that known as “barrel bombs”. These bombs are packed in large oil drums and are used to be dropped from helicopters on civilian neighborhoods and cause killing of hundreds of civilians and massive destruction. The bombs are carried on warplanes that fly above the targets and push the device out to fall to the ground. The use of these inhuman weapons of terror against civilians should be forcibly condemned as it caused unlawful killing men, women, and children especially when dropped on cities with a civilian population. At three in the afternoon on the fourth of April 2015, there were twenty students from the third-grade secondary science students taking their monthly French language exam in one of the school’s halls that has accommodated their larger number. 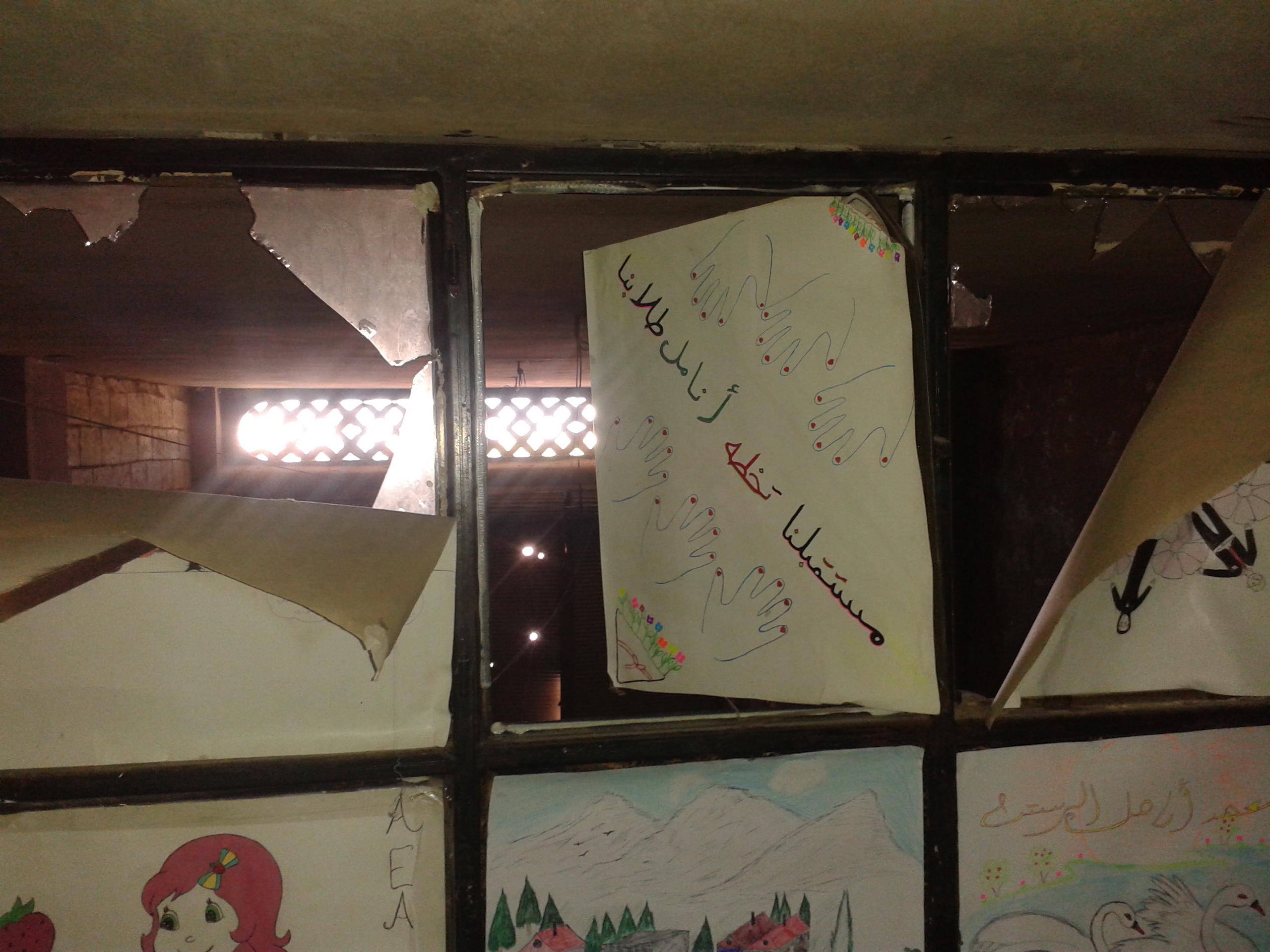 Afterward there was darkness and thick dust all over the school building and you can hear only the voices of everyone asking “Is everyone safe! Anyone wounded?” This phrase was repeated continuously repeated for many times. At that time, some students were trying to bear the shock and others were panicking and moving around to find out what happened. Fortunately, the explosive barrel has fallen over an empty classroom that is for third-grade science students meanwhile the students were taking the French exam in the next room. The French teacher says, “At the moment of explosion, the situation was extremely terrifying, and I did not know what to do.” “I saw the construction of the room start to crack in front of me and the students were trying to escape from the door.” “I have encouraged the students to cover their heads with their books and rush out of the room.” “Gratefully that no one got hurt, despite the fact the students were taking their exam in the room that was very close to where the explosive barrel had fallen, it was like a miracle.”

One of the students that were taking the French language exam says,” I was almost finished answering the entire exam questions, all of a sudden the blast happened.” “I left everything behind trying to get out of class immediately.” “I saw the wall starts to demolish in front of me quickly and I thought what we have done as students to suffer and be in this situation that we fear for our lives.” The horrifying incident has left massive traumatic effects on the students and even on the teachers. The barrel bombs incident will stay with the students and teachers minds for several years. Moreover, the actual building damage that occurred due to these deadly weapons has left a hole of six square meters in the roof of the classroom, and many collapsed and cracked walls. The use of these weapons that target schools can lead the children to give up learning. The impact of these explosive weapons can be enough to deprive these children not only from their right to access education but also from having their right to live. 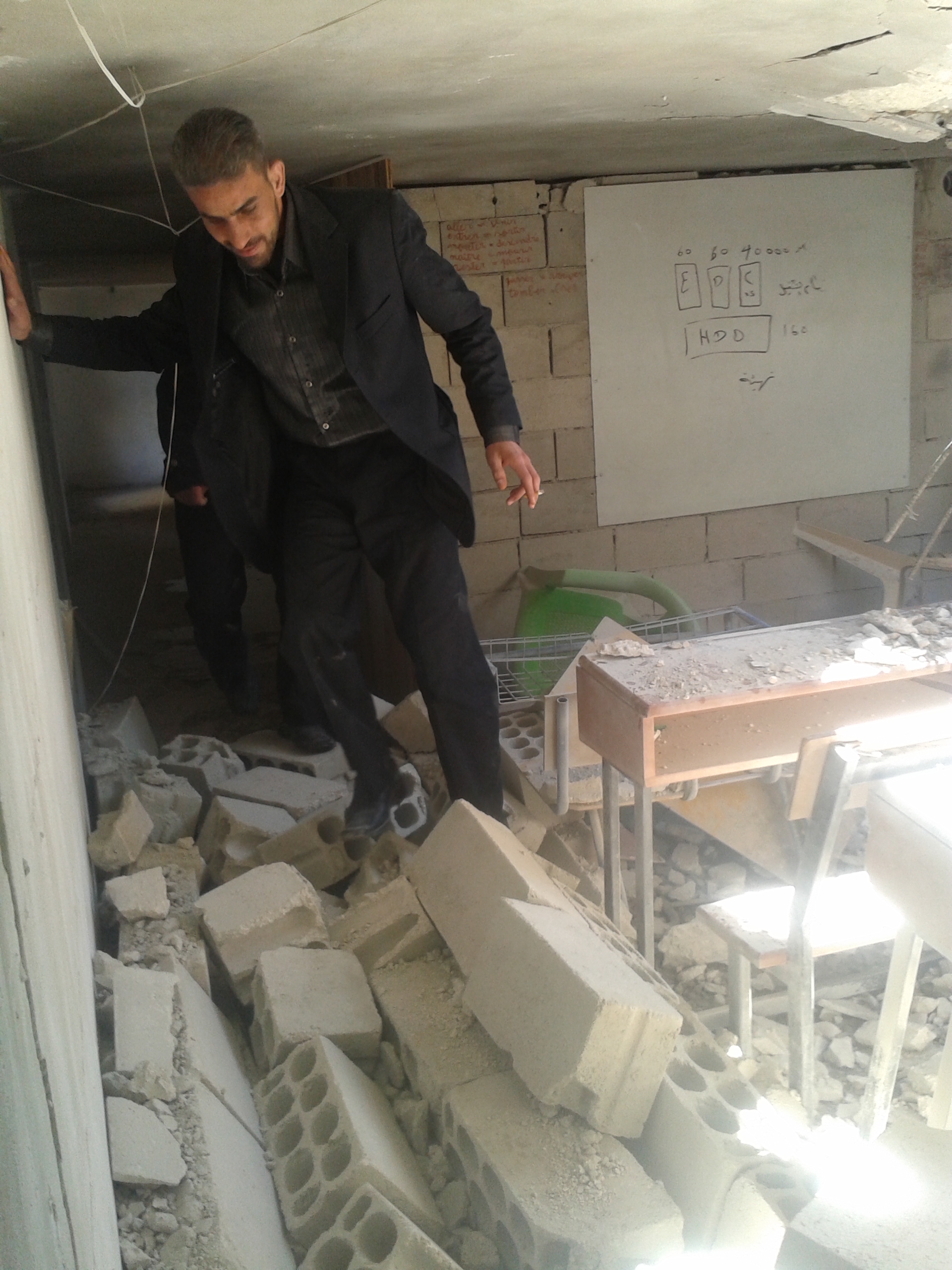