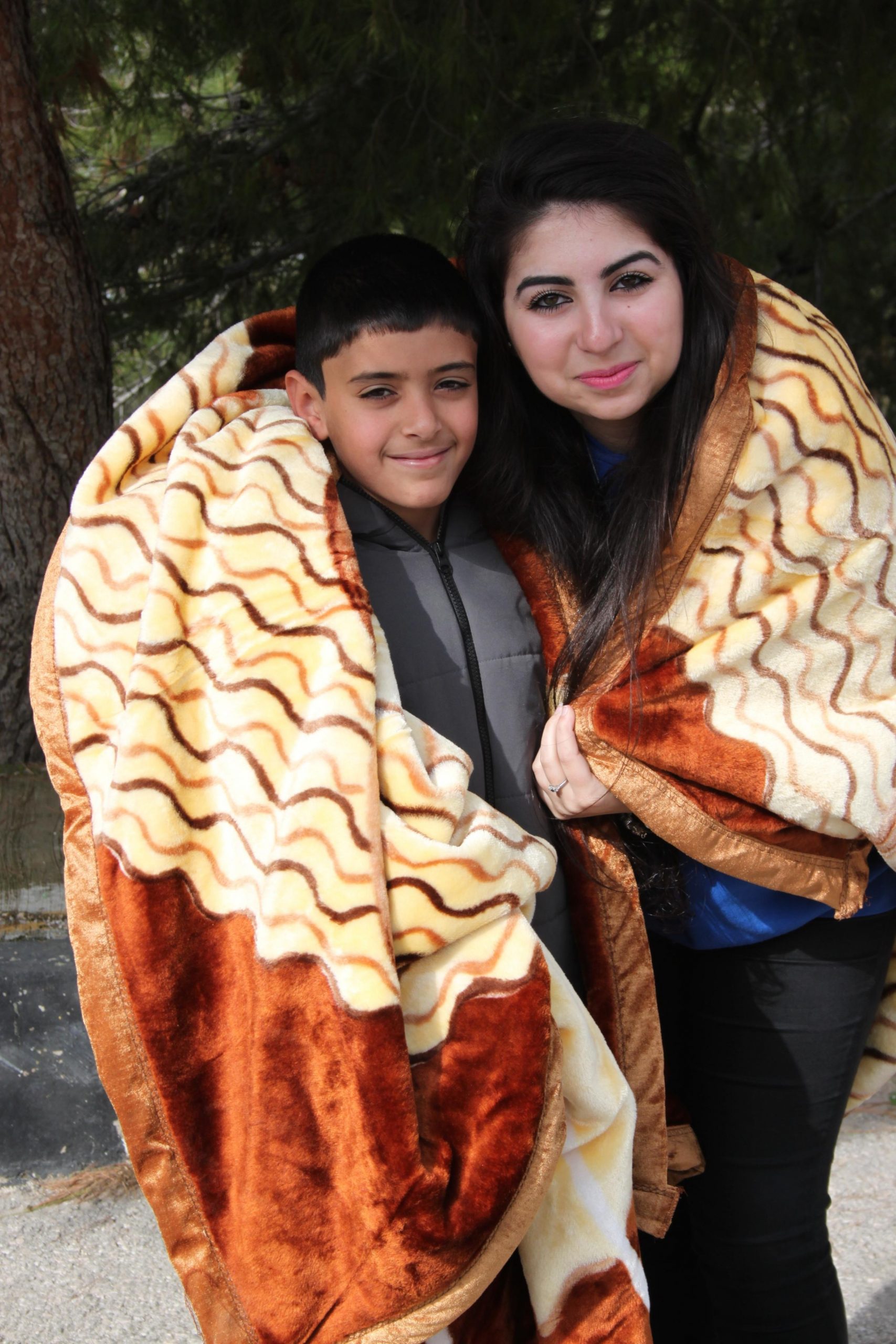 A BRADFORD aid agency has now delivered more than £25,000 of life-saving essentials to Syrian refugees. Among the aid party from Bradford-based Human Relief Foundation who travelled to Jordan was 20-year-old Merna Khali. Miss Khali, who is from Bradford and of Syrian descent, and the other aid workers spent seven days helping Syrians who fled civil war in their home country – taking them food, blankets and some toys for the children. “It was the most amazing, life-changing, humbling, heart-breaking experience of my life,” she saidMiss Khali and the other charity workers visited refugees in their camps to directly distribute the aid. “The most memorable part of my journey would probably be the fun day we held at Cyber City refugee camp, in which we took along a group of children’s entertainers and presents for the children,” she said. “We were able to put a smile on some children’s faces for a short space of time and hopefully give them something they will remember. “One little boy I was speaking to was telling me how much he loves Real Madrid. When we asked why he was wearing a Barcelona top he told us he didn’t have anything else to wear.Volunteers heard stories from men who told them their wives and daughters were raped in front of them, as well as the harrowing story of Luqman and Ahmed, two disabled children who recently had their medical assistance cut. The volunteers were so moved by their plight that they teamed up to raise more than £10,000 in donations to keep a shelter over their heads and to pay for their medical treatment for more than one year. Human Relief Foundation distributed more than £25,000 of aid in one week to Syrian refugees in the form of food, blankets and toys in Ajloon and Aqaba, as well as in the Cyber City and King Abdullah Park refugee camps. They also visited Zaatari, the biggest refugee camp in the world. Miss Khali said: “I realised on this trip that we take things for granted every day. Small things, like the fact we know we will be coming home to a meal every day and can get up and have a snack whenever we are hungry, whereas Syrian fathers have to deny their kids simple things like bananas.” Human Relief Foundation was founded in 1991 in response to the war in Iraq. The charity has seven international offices and counts the World Food Programme, the United Nations Development Programme and the European Union among its partners. The organisation’s biggest programme is in Jordan, where it is feeding 66,000 Syrian refugees every month. The United Nations has called the Syria conflict the biggest humanitarian crisis in modern history, the number of people who have lost their lives is estimated to be as high as 232,000 people.