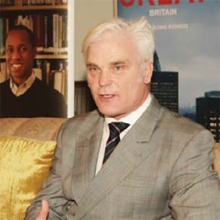 the British Minister of State at the Department for International Development at the Foreign and Commonwealth Office, announced $150 million in humanitarian aid to war-torn Syria, bringing the total amount of their humanitarian aid to more than $1 billion. The announcement was made at a press conference at the British Embassy in Kuwait attended by British Ambassador to Kuwait Matthew James Lodge. Swayne is visiting Kuwait to talk about the upcoming ‘Pledging Conference’ set to be held in Kuwait next month. Kuwait had announced last month that it has accepted a United Nations invitation to host the third international aid pledging conference for Syria. “The 150 million dollars is in addition to 700 million pounds already rolling as humanitarian aid to Syrian people – most of the amount has been used during the last four years of the crisis in Syria which we paid to various humanitarian groups helping Syrian refugees,” Swayne said. He asserted that the amount is the largest the UK has ever spent on any humanitarian emergency anywhere in the world. “This is the proportionate amount to the problem Syrian people are facing and I believe that this is the right thing to do,” he added. Dreadful situation The United Kingdom’s effort is a response to the remarkable leadership by Kuwait, especially in sending humanitarian aid to Syrian refugees in neighboring countries. “Undoubtedly, we are in a very dreadful situation now in Syria. The suffering of the people there is truly unprecedented. We have all seen it on television – we have seen the suffering of refugees in Lebanon, Jordan, Turkey and Egypt. They need help and as we promised, we will never abandon the people of Syria,” he reiterated. “The refugees need to live a normal life; children need to study and we understand that some of the money has to go to local communities where they are welcomed as refugees. They need to cope with the increase in population – tens of thousands in this case,” he explained. The release of aid will be gradual to UN refugee agencies. Swayne also acknowledged the fact that many nations pledged amounts during the first and second pledging conferences, but little of the aid amount was delivered. “In the case of the United Kingdom, whatever had been promised has been delivered and handed over to the right agencies,” he mentioned.