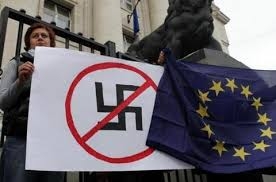 Bulgaria is holding snap elections for the second time in 17 months, setting the stage for further political uncertainty. Voters will head to the polls on Sunday to cast their ballots for a fifth government in less than two years. Political instability has given rise to far-right nationalists, who have denounced Syrian refugees as “terrorists” and demanded they be expelled. Thousands of Syrian refugees are living in overcrowded camps in Bulgaria having fled their country’s civil war.