Canada is against accepting muslim refugees 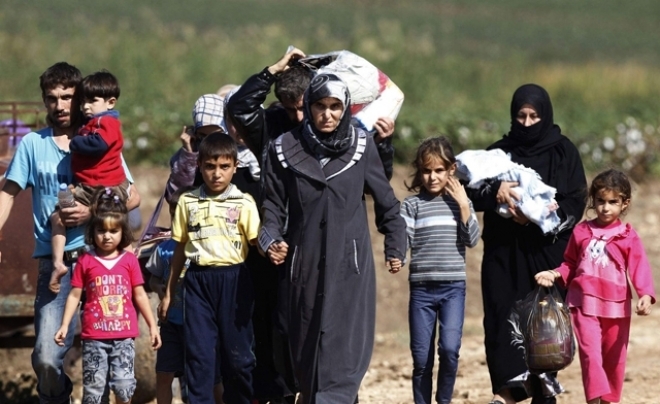 The government of Stephen Harper has been under fire from critics for failing to to do enough to resettle Syrian refugees, but opponents are now slamming the Conservatives for being selective in choosing which refugees will go to the front of the line. Facing questions from the NDP in the House of Commons on Friday, the parliamentary secretary for the Minister of Citizenship and Immigration was unapologetic when he confirmed religious minorities, who have fled Syria’s brutal civil war and the spread of the militant group ISIS, will be the first priority when it comes to bringing Syrian refugees to Canada. “We will prioritize persecuted ethnic and religious minorities, those at demonstrated risk, and we will not apologize for that,” said Parl. Secretary Costas Menegakis. “We have seen countless examples, Mr. Speaker, in recent years of people being persecuted… because of their religious beliefs. “To suggest that we are only going to focus on one group of people is categorically false,” Menegakis said before calling the NDP’s criticisms “shameful.” Menegakis didn’t specify which religious minorities the government would “prioritize,” but his comments were a bit of a flip flop from what he said last week. “We don’t look at refugees or evaluate cases of refugees based on people’s religious beliefs or backgrounds,” he said Dec. 5 in response to claims Canada was dragging its heels on accepting more refugees because the majority are Sunni Muslim.