Canada should aid Syrian refugees in a fair and balanced way 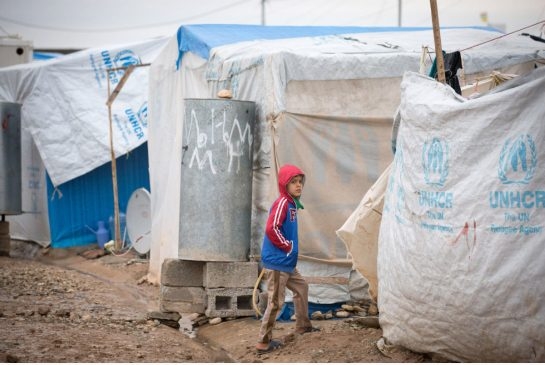 After having dragged its heels on Syria’s refugee crisis, is Prime Minister Stephen Harper’s government now preparing to do an end run around the United Nations and cherry-pick the handful of refugees it finally is willing to let into this country? Even if it means bypassing refugees the UN regards as most at risk? Canadians might well wonder. In Parliament last week the Conservative government indicated it intends to prioritize “persecuted . . . minorities” as it responds to appeals from the UN and relief agencies to resettle up to 10,000 refugees here in the next two years. In practice that could mean Canada will offer refuge preferentially to Christians, Yazidis and other minority communities. While that may sound reasonable, it could sideline Sunni Muslims who have borne the brunt of Syria’s civil war and who form the bulk of the millions who have fled to neighbouring Lebanon, Jordan, Iraq, Turkey and Egypt. Speaking for Citizenship and Immigration Minister Chris Alexander, Tory MP Costas Menegakis confirmed to Parliament on Friday that Ottawa intends to “prioritize persecuted ethnic and religious minorities, those at demonstrated risk, and we will make no apologies for that.” Normally, Canada would defer, broadly, to the United Nations High Commission for Refugees to identify those it feels are most vulnerable and in need of protection. Canada has already given itself an international black eye by being so slow to react to Syria’s agony. The war has dragged on for 3 ½ years, has killed 200,000 people and sent 3.6 million fleeing to neighbouring countries. It is one of the greatest refugee calamities in living memory. While Canada has provided a generous $630 million in aid to the region, we have promised to offer sanctuary in this country to just 1,300 people, and have brought in only about 700 so far. It’s a pitifully small number, eclipsed by the 60,000 Vietnamese, Cambodian and Laotian refugees we took in 35 years ago. And it is dwarfed by the generosity of some of our allies. The UN has asked us to take in thousands more, and relief groups are pushing for 10,000 over two years. That is a far more reasonable commitment. But skewing the intake by discriminating on the basis of religion rather than need would only compound Canada’s perceived mismanagement of this crisis. Where would it leave Sunni Muslims who comprise 75 per cent of Syria’s population? Christians comprise less than 10 per cent, with other Muslims and religious minorities making up the remaining 15 per cent. No one can deny that some Syrian Christians and others are in dire straits. But Syrians from every religious and ethnic camp are suffering. This war is an equal opportunity killer. As Amnesty International’s Alex Neve told the Star’s editorial board this week, what Ottawa should be doing is “working with the UN to offer protection to those in greatest need, on a non-discriminatory basis.” That’s been our long, honourable tradition. Religious and ethnic minorities aren’t the only groups the UN deems to be at risk. Any Syrian, Sunnis included, can be at risk if he or she opposes the Damascus government, its armed foes or the Islamic State jihadists, depending on where the person lives. Anyone who opposes Sharia law in areas under extremist control is at risk. So are women, children, journalists, human rights activists and many others. It’s a long list. If Canada can’t help everyone, we can at least follow UN guidelines and spread around what help we are prepared to give. As the Star has written before, the Harper government’s foot-dragging raises the question of whether it has been so rattled by radical Sunni jihadism that it fears to offer shelter to desperate Sunni moms and toddlers who are among its victims. Do they not deserve the same protection? Alexander should make it clear that Canada’s intake will be not only more generous in the coming months, but also manifestly fair and balanced.