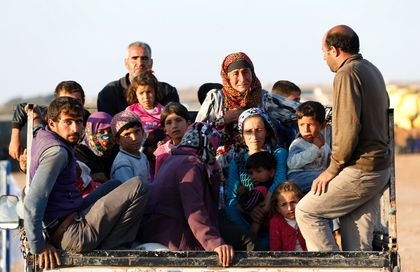 OTTAWA – Canada has taken in 1,500 Syrian refugees, Immigration Minister Chris Alexander told the House of Commons Monday. The government had been under pressure from opposition politicians to bring more refugees to Canada more quickly. “If they are here, where the heck are they?” NDP MP Andrew Cash asked. “Response by this government has been incredibly slow and it’s not commensurate with the tragedy unfolding.” Alexander said the system has been improved so that refugees can get to Canada more quickly. “Since 2009 we set a record amongst our allies bringing in 20,000 refugees, 1,500 from Syria alone,” Alexander said. “What we need now is military action to protect millions of other refugees.” “ A report last year said that government cutbacks at a centralized office in Winnipeg caused a backlog of claimants.