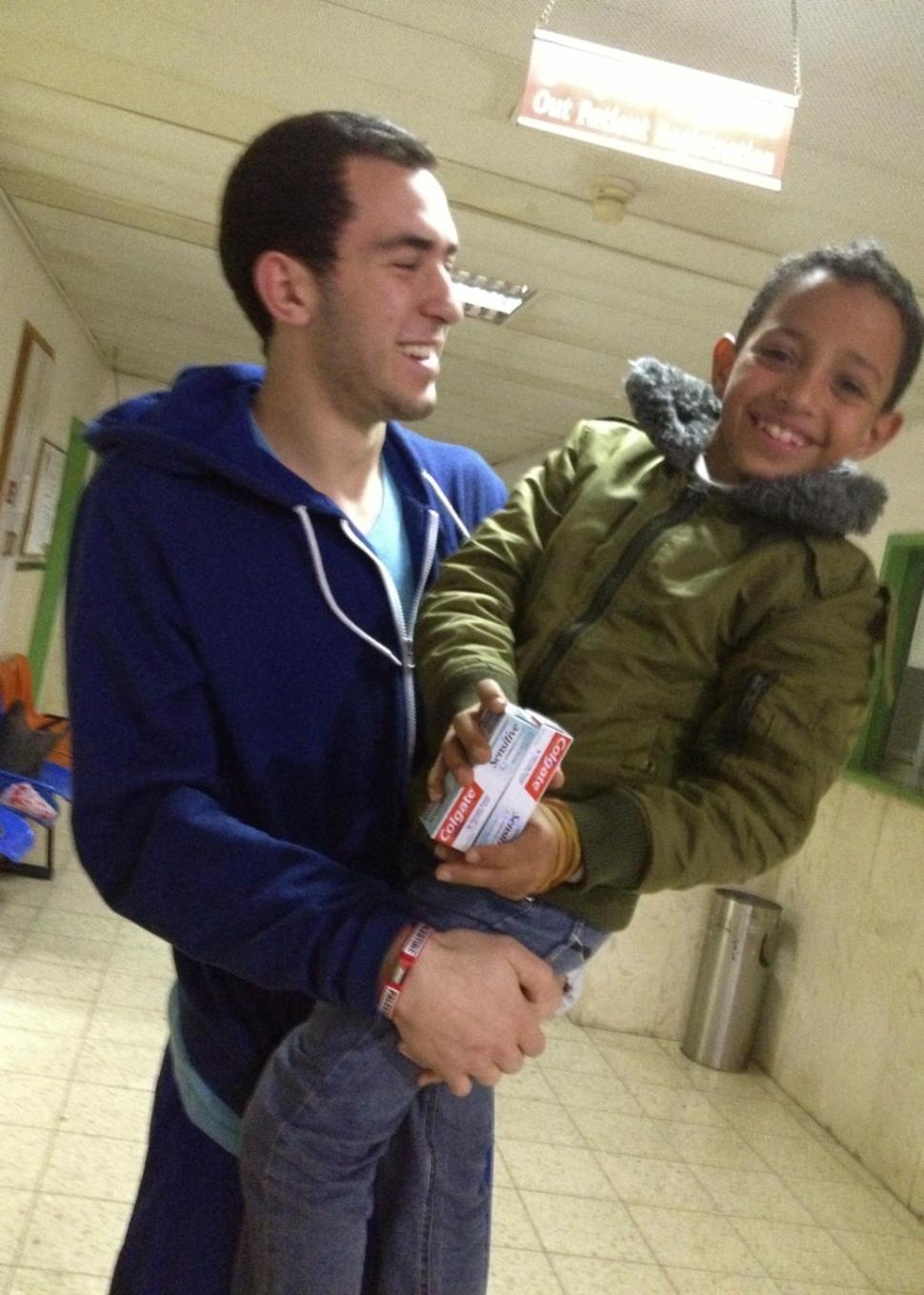 The 23-year-old University of North Carolina Chapel Hill student and aspiring dentist helped at least 200 Palestinian refugees, some of whom had never sat in the dentist’s chair before, during a 2013 humanitarian mission The selfless man, who spoke Arabic, is seen helping a precocious child get through surgery over a troublesome tooth and making a young boy in the waiting room laugh in the two-year-old video. “He kept young children at ease because frankly, going to the dentist for the first time is a bit scary,” Abdelfattah Nimer, who filmed the touching scene, told the Daily News. The Tampa-based videographer found the forgotten footage this week after Barakat’s death in Chapel Hill, where he, his bride, Yusor Abu-Salha, 21, and her sister, Razan Abu-Salha, 19, were found shot to death. He posted it to Vimeo on Saturday shortly before the Palestinian government condemned the death of Deah and the two Palestinian-Americans over what police say was a parking dispute. The Palestinian Foreign Ministry, calling the students’ deaths an assassination, painted suspect Craig Stephens Hicks as “an American extremist and hateful racist” and demanded its investigators be part of the United States’ probe. The victims’ fathers said Thursday the victims were martyrs for their humanitarian work. They set an example for the mission they lived and died for, Deah’s giving nature was evident after his death Tuesday as a box of toothbrushes and toothpaste sat in the backseat of his car, which was still parked at the crime scene. The box was intended for Syrian refugees, his family said. “He was always thinking about these refugees back in Syria,” Barakat’s father, Namee, said. In the video, the then-21-year-old recalled his rewarding dental relief for one particular child, who is shown smiling in his arms in a photograph. “He was a little kid living at the at the local refugee camp. He was nervous at first, and I was able to calm him down,” Barakat says. “After his treatment, he gave me this big bear hug and thank you in broken English. He walked out of the door with a big smile on his face. Little does he know how much effect he had on me.”