It is a scene that would not look out of place in any Scottish town.

But this is Mufraq, a small town in Northern Jordan, and local boys are playing with teenage Syrians who have come to live here.

The pitch and the community centre it lies in have been paid for by the Scottish-based charity Mercy Corps. 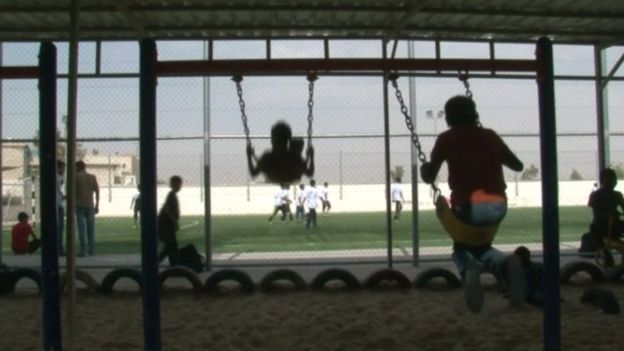 Along with other NGOs it is funding community projects like this in Jordan to resolve some of the tensions the huge influx of Syrian refugees into the country has caused.

Khaled Holany is watching the game.

The 48-year-old volunteers at the community centre to help out.

Three years ago he fled some of the heaviest fighting in the Syrian town of Homs along with his wife, three sons and a daughter.

A judge by profession he found himself on the wrong side of the Assad regime.

He says: “The military wanted to interrogate me, and everyone knows once you go in you don’t come out.” 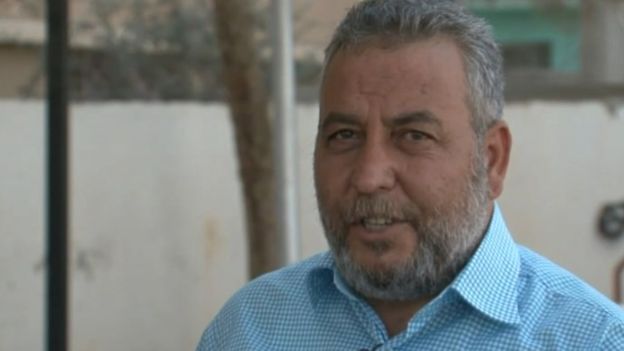 Mufraq, which lies a close to the Syrian border, was already poor before the crisis began.

The arrival of the refugees has seen its population treble.

The UNHCR estimates close to a million refugees have fled to Jordan. Less than 200,000 are in refugee camps.

The rest have merged into local communities like this. Many of the refugees in Mufraq come from the south of Syria which has strong tribal links with the area.

“But like any visitors, after four to five years when resources are scarce you have the opportunity for more tension.”

Jordanians have less access to decent health care because Syrians are going into the health system. 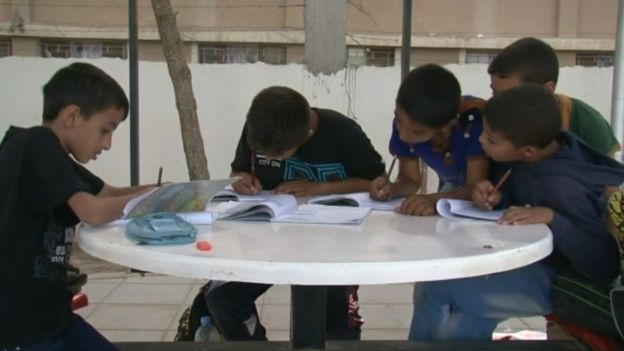 The Jordanian government have taken 130,000 Syrian children into their schools. There is enormous added pressure on almost every local resource.

She says the ideas for the project come from the local community and the Syrian refugees.

By establishing joint projects like the community centre and football pitch the hope is inevitable tensions can be reduced and managed.

Steve Gordon, from Mercy Corps, says most people have the idea refugees are in camps and confined spaces, but most go into the wider community.

He says: “In a camp you know where they are and can assist them because they are in a focused area.” 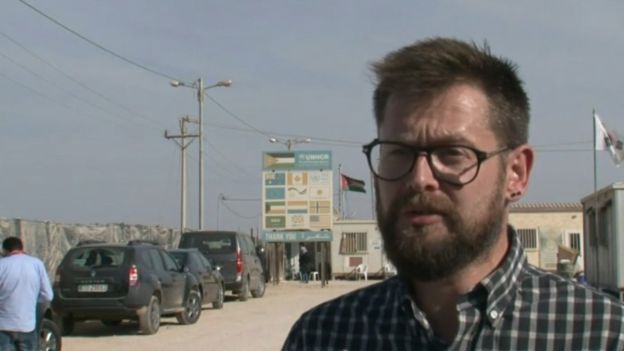 Reaching the refugees who aren’t in the camps is harder.

Many aren’t registered as refugees and so may not want to come forward and identify themselves.

Khaled, the former judge, is a registered refugee.

He receives some aid but registration also means he can’t work to support himself and his family.

Refugees caught working illegally can find themselves deported back to Syria. 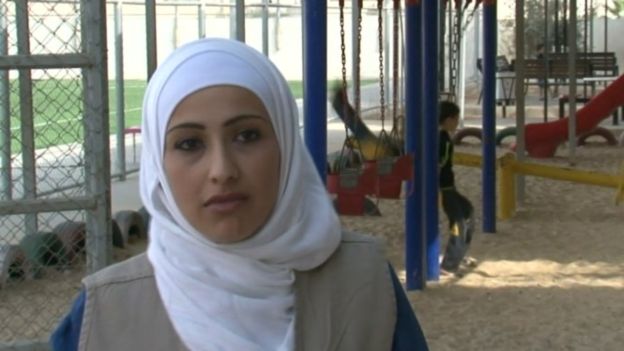 For that reason refugee children are often the ones who are sent to work.

They are too young to be deported, so it is safer and can bring vital income to desperately poor families.

For the aid agencies it raises a whole range of issues, not least the danger of a lost generation.

Kids who miss an education, and become mired in poverty and hopelessness.

That mixture, the history of the Middle East has taught, creates a breeding ground for radicalisation. 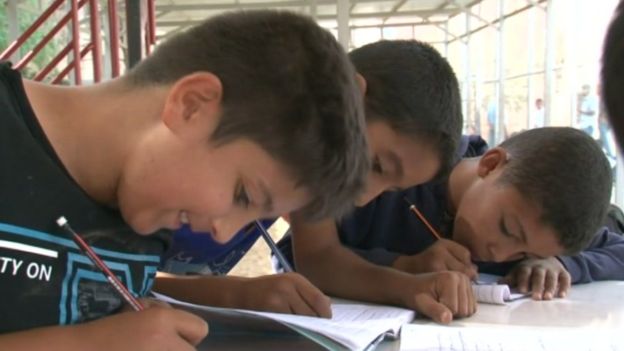 Jeff Tudor from DFID says: “The problem we are facing now is if the war in Syria continues for four, five, six years what will people do after they leave education. There has to be some hope for the future for them.”

For most of the refugees their hope would be to simply return to the homes they fled from.

But while the fighting continues across the border there is no hope of that.

For governments, for aid agencies the challenge is to create a better life for them now, here in Jordan, or in Scotland and elsewhere in Europe.

Khaled Holany has applied to come to Britain.

His application is pending, and poignantly he asks if talking to the BBC might help. He says if he can go to Britain he will feel human again.