Children Of Aleppo are planning for the future of their city

“I suffered a lot of boredom in a daily routine that I experienced after displacement from my house, I started to make models hoping they may get me out of the air mass surrounding me and give me back optimism”

Mohammed Qutaish, a boy from Aleppo at the age of 14 years, fled at the beginning of the revolution to the house of his grandfather after their neighborhood (Saif El-dawle) was under bombing and transformed into a battlefield, then returned to his home again after 9 months to settle it with his family, bringing with him a new talent. 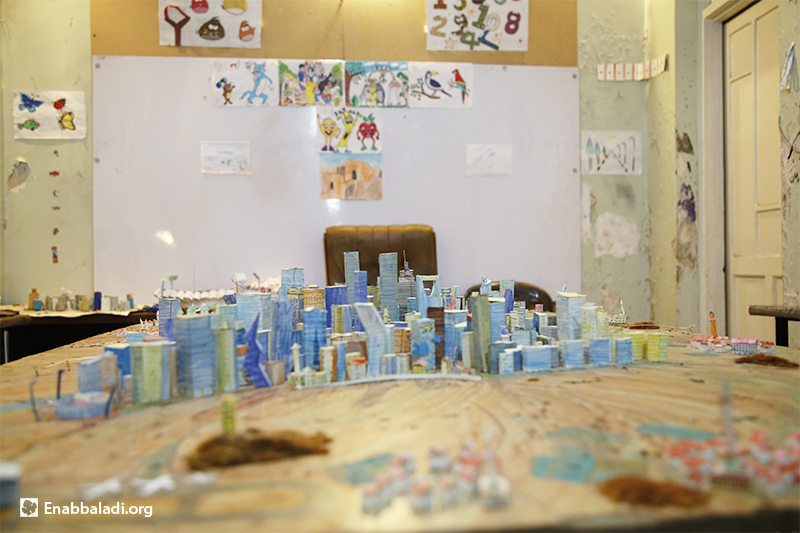 Paper Cutouts Depicting The City Of Aleppo After The War

Using simple tools, paper, adhesives and crayons, Mohammed makes replicas of buildings, facilities and neighborhoods in the city of Aleppo, according to his vision for the future of his city ravaged by war.

Mohammed tried to mimic the buildings in his neighborhood in the beginning, “I felt that I could expand my business so I decided a large model of the city of Aleppo, and already I was able to manufacture it.” 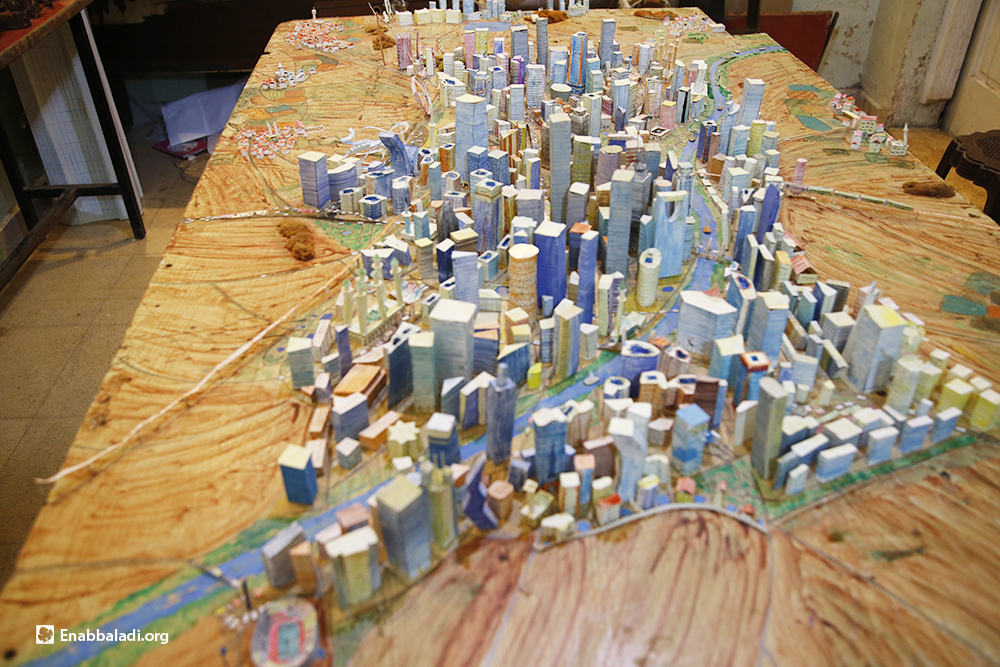 Mohammed arranged in his home for an exhibition of paper cutouts in the end of last school semester and ended it during the summer holiday; the exhibition has met with success, according to him, people of the neighborhood and people from the media in the city came to visit the exhibition.

“Building Modern Syria Will Be Upon Us”

Mohammed’s father was the first supporter for him in his work, as he provided all the necessities of his work. He pointed out that the fear of bombing made his son stay home permanently, which probably helped him more focus on finding different ideas to support the exhibition.

The father said the work of his son “a great achievement” for a child in his age, but he worries about the future of education, pointing out that it “It is not good, according to the current situation”. 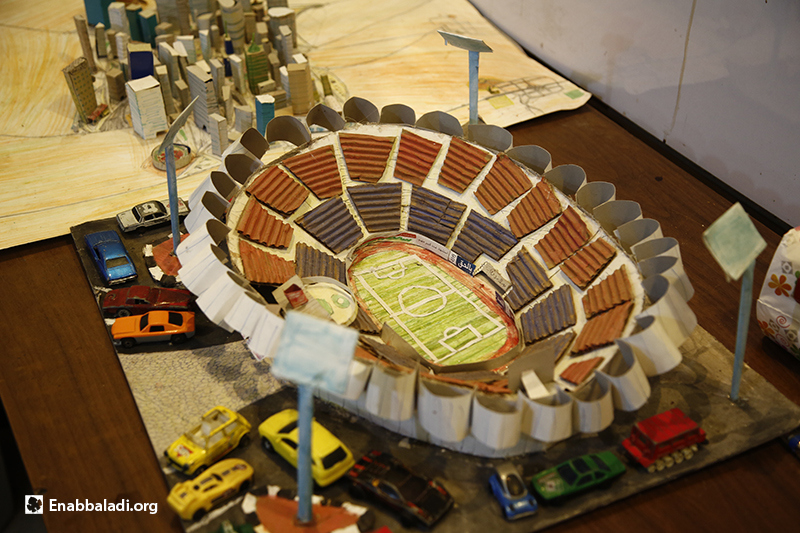 The first exhibition was just an experiment, according to the father, who confirmed that his son benefited from his mistakes and method of work, to make his second exhibitions more accurate and realistic, especially after having received the materials helped him more, “His work is promising a lot, but I want him to learn well in order to be able to supply his talent scientifically and builds his homeland “