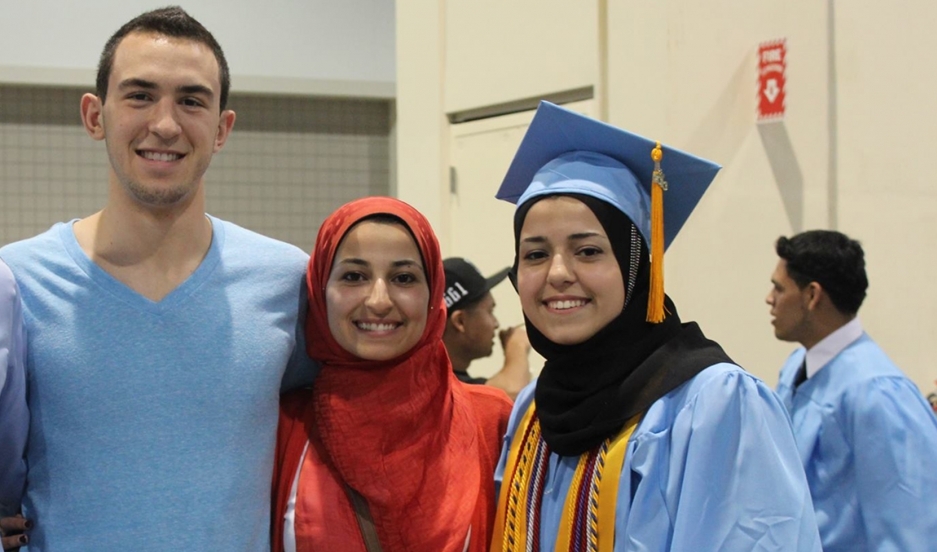 Two of the three Muslims killed overnight in Chapel Hill, North Carolina, were a husband-and-wife dental team who sought to help Syrian refugees in a camp in Turkey. Deah Shaddy Barakat, 23, and his wife, Yusor Mohammad, 19, were dental students at the University of North Carolina-Chapel Hill. “This is a sad day for all of us,” says Dr. Zaher Sahloul, president of the Syrian American Medical Society. SAMS organizes trips of US medical professionals to their 21 sites across various Syrian refugee camps in the world and within Syria itself. Mohammad was volunteering at a camp in Turkey last summer and Barakat was raising money to help provide dental care there this summer. Bakarat was coordinating the trip to Turkey with Dr. Ala Dean Attar, a dentist based in a Chicago suburb. Attar, who has made trips to Syrian refugee camps and to Syria through SAMS, says Bakarat contacted him several months ago about traveling with them this summer. “I still can’t believe it,” Attar says. “I talked to him on Saturday.” He says that Bakarat got the idea to bring a group of UNC dental students to Turkey this summer. “And he asked me to head the mission and really be a big part of it. Since then, we’ve been talking about it once a week.” “My whole relationship with Deah was really on the phone, but I feel like I know him like a brother,” Attar says. “He was someone who was doing such good work. He was a hero, really. We were really looking forward to meeting each other.” “He’s Syrian American. I’m Syrian American. His parents are first generation Syrian and mine are too. He was very passionate and very commited to doing something about the situation in Syria.” Attar says that already there are talks at SAMS of creating a memorial for Bakara and Mohammad. And despite Bakarat’s unexpected passing, Attar says that he and the group of UNC dental student still plan to go to Turkey in July. Bakarat and Mohammad were among three Muslim students killed by a man police identified as Craig Stephen Hicks. Police were responding to a report of gunfire near the Chapel Hill campus last night and found Barakat, Mohammad and Razan Mohammad Abu-Salha dead. The third victim was Mohammed’s 19-year-old sister. As the news broke, Muslims around the world sent social media buzzing. Tweets and posts on social media sites like Facebook have been going viral with the hashtag #MuslimLivesMatter. But many are now using other hashtags such at #ChapelHillShooting and #withMuslims.