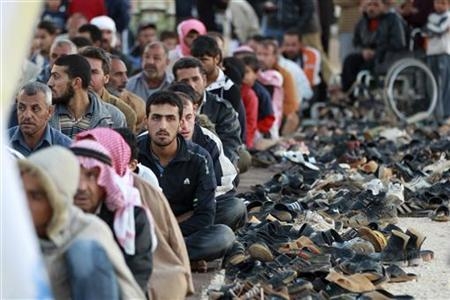 The government of Uruguay received international acclaim for its decision last year to accept a high number of refugees from the Syrian Civil War, citing the need for countries across the world to participate in saving the lives of those attempting to escape. It is now reneging on its promise, at least in part: only women and children will be allowed to relocate to Syria, with the government citing a need to quell domestic violence. “Simply: in Uruguay, we are not willing to remain with our arms crossed if men hit women,” said President José Mujica, the architect of the project through which Uruguay would slowly begin to take in Syrian refugee families, to ease the strain on neighboring countries like Lebanon and Turkey, which have taken in millions of refugees in the past two years. According to Uruguayan newspaper El Observador, the government claims that the incidents of domestic violence in the new Syrian refugee community of Uruguay are simply too high to ignore. While President Mujica said in a public statement relayed by the newspaper that the government does not have “concrete charges or anything like that” against individuals engaging in domestic abuse, he described the problem as a cultural issue: “what exists is a global information of cultural forms that they have in other parts of the world– among them, Syria– regarding relations between men and women.” Pablo Abdala, a Uruguayan attorney, told newspaper El Pais that he had been approached with a number of individual cases, including a woman who was beaten in public and a seven-year-old child whose Syrian refugee father fractured his arm. The stunning turnaround will likely mean that only widows and their children will be allowed to enter Uruguay, though the new policy may also include orphans and single women. Leftist President Mujica has received international praise for turning Uruguay into a dumping ground of sorts for all varieties of individuals caught in the War on Terror. Last year, Mujica received six Guantánamo detainees, which would be free to reconstruct their lives in the Latin American nation. The United Nations has stated, according to another report in El Observador, that the negative incidents regarding resettlement of Syrian refugees were below their expectations. Raúl Rosende, the head of the UN office of Coordination of Humanitarian Aid, responded to the domestic abuse claims by saying: “It is surprising that, after the tragedy that these refugees have lived and the short time in which they have been in Uruguay, there have not been more problems or graver ones than those mentioned in the press.”