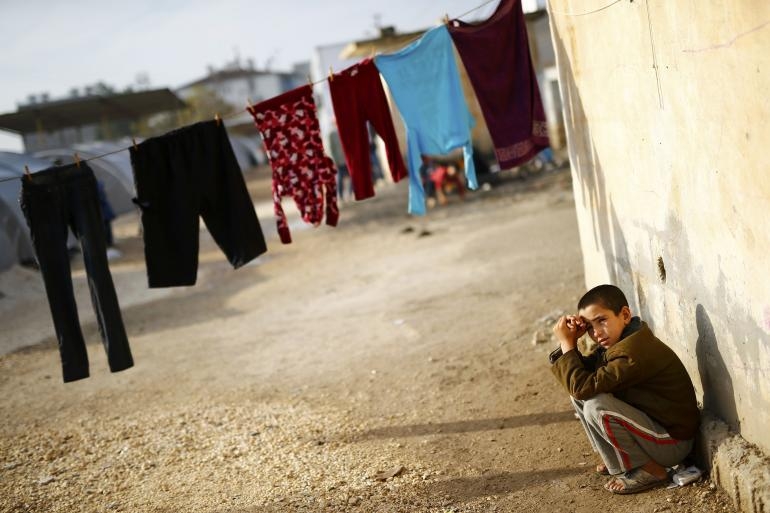 Syria’s neighbors Lebanon, Turkey, Jordan and Iraq are cutting back sharply on the number of Syrians they allow onto their soil as they can no longer cope with the influx of refugees, two prominent humanitarian agencies said on Thursday. The number of refugees able to flee their country’s civil war fell 88 percent in October compared with the 2013 monthly average, to 18,453 people from over 150,000, the International Rescue Committee and the Norwegian Refugee Council reported. “Humanitarian organizations have repeatedly warned that the capacities of the host communities have been stretched to the limits and argued for better international burden-sharing,” said Jan Egeland, Secretary General of the Norwegian Refugee Council. Lebanon, Turkey, Jordan and Iraq have taken in more than three million Syrian since the conflict began in 2011, while countries outside the region have agreed to accept around 50,000, or less than 2 percent of the total refugee population. “What we are witnessing now are the results of our failure to deliver the necessary support to the region. We are witnessing a total collapse of international solidarity with millions of Syrian civilians,” said Egeland. In October, Lebanon, which has the highest per capita concentration of refugees in the world at one in four residents, said it could not cope with more than one million Syrians and has asked for funds to help look after them. Resentment against Syrians has grown with many complaining that refugees are taking jobs, driving down wages, overloading schools and hospitals and even worsening an electricity shortage which pre-dates the war in Syria. The NGOs called on countries outside the region to provide financial support to Syria’s neighbors and take in at least five percent of the total Syrian refugee population. “More refugees have been displaced from Syria in the last month than have been resettled outside the region in the last three years. It is a depressing failure of international solidarity, and should spur the world’s wealthier countries into action,” said David Miliband, president of the International Rescue Committee and a former British foreign minister.