Envisioning an end to the Syrian crisis 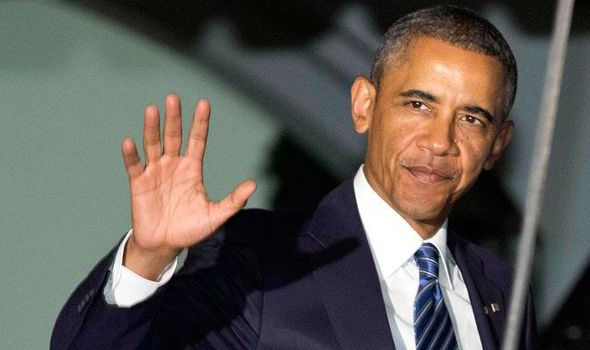 As the world’s eyes are fixed on the brutal acts of ISIS and the crumbling regime of Bashar Al-Assad, millions of Syrian refugees across the region try to create new lives outside of their war-torn homeland. Their lives exist outside the headlines, but are dominated by them and caught in a geopolitical struggle that no one seems to know how to solve. Thursday, this humanitarian crisis will be the topic of a House Homeland Security Committee Hearing. And, as Congress meets to discuss what can be done to help deal with the growing issue, the hearing title, “The Syrian Humanitarian Crisis: Four Years Later and No End in Sight” suggests that there still isn’t a solution to the problem. While the world has debated what to do about Syria’s ongoing civil war and the rise of ISIS, Turkey has opened up to these struggling Syrians, accepting more than 1.5 million refugees over its borders. The country has spent more than $5.5 billion to house, feed, and provide medical care so far, and this continues to grow. After the liberation of Kobani, more than 190,000 more refugees sought safety in Turkey. It is estimated that the total number of refugees in Turkey alone could soon top 1.7 million. This is to say nothing of Syria’s other neighbors, such as Lebanon, Jordan and Iraq, who together host almost as many refugees. In response to this humanitarian crisis, Turkey has stepped up in an unprecedented way. To ensure refugees who cross the border into Turkey receive the best care possible, the Turkish government has developed its own refugee management system to ensure all refugees are safe and well cared for. While no one seeks to be in a refugee camp, Turkey is trying to make the experience as welcoming as possible. In fact, Turkey has been cited by the International Crisis Group as having some of the “best refugee camps ever seen.” When the New York Times profiled their Kilis camp, it was described as a “perfect” example of a secure and humane refugee camp. While Turkey has been commended for its treatment of refugees, its resources are stretched thin. After more than four years of shouldering this burden, the international community needs to respond to this growing crisis. Turkey and its neighbors cannot continue to bear it alone. This is an international crisis, and it requires an international response. The humanitarian crisis does not exist in a vacuum, however. The more than three million Syrians who have fled their homeland did so to escape a brutal dictator and the toll more than four years of civil war can have on a country. This same instability also created the conditions for the rise of ISIS, which has further destabilized Syria and become a threat to the entire region. If we are to solve the humanitarian crisis and help these refugees return home, we must deal with the root cause. The U.S., and much of the West, has watched Syria collapse and debated how best to deal with the situation from afar. Meanwhile Turkey has asked for support to deal with the dual threat of Syria and ISIS. Its allies have recently offered support to help train Syrian rebels, but more is needed. If we are to end this humanitarian crisis, what is needed is a comprehensive plan that addresses both ISIS and Assad. To deal with ISIS would leave a merciless dictator in power, and to remove Assad would create a power vacuum that would plunge the country into further chaos. Turkey can do neither of these on its own, as any unilateral effort would only open it up to reprisals from its enemies. The U.S. needs to commit fully to ending the terror created by ISIS and Assad. Only a joint effort and a clear and comprehensive plan can bring peace and security in the region. By working with Turkey and following its advice for dealing with these regional threats, the U.S. and its allies can stop the spread of ISIS and end Assad’s brutal regime. Many of the refugees who have fled Syria wonder whether or not they will ever return home. Instead of telling them that the crisis that drove them away and leaves them living in limbo has no end in sight, the U.S. should be saying it has a clear vision that will bring them home to peace. If Congress is serious about ending this humanitarian crisis, it needs to discuss how it can help Turkey and its allies end the war that’s causing it.