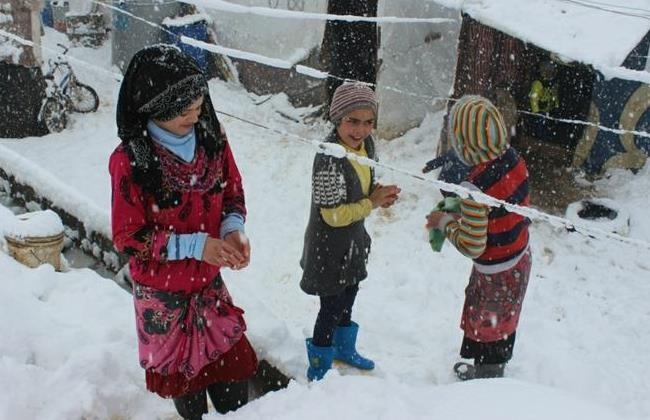 EU announced that it has pledged 37 million euros ($42 million) in emergency winter aid to Syrian refugees in Lebanon. European Commissioner for Humanitarian Aid and Crisis Management Christos Stylianides, who met with Prime Minister Tammam Salam in the Grand Serail Saturday, announced that the grant will also go to help Lebanon cope with the large influx of Syrian refugees. He pointed out that the 37 million euros are a part of a new aid package worth 136 million euros designated for refugees in Syria and neighboring countries. The commissioner noted that the funding would be used to provide “basic needs for the poorest refugees in Lebanon,” especially those who do not have shelter and heating that is suitable for harsh winter conditions. European Commissioner for Regional Policy Johannes Hahn was also present in Saturday’s meeting with the Lebanese premier, where he touched on previously announced financial assistance allotted to the training of Lebanese security forces. “It is the first time that the European Union provides financial assistance for the training of security personnel,” he said after the meeting, noting that this assistance serves as evidence of the close cooperation between Lebanon and the European Union.