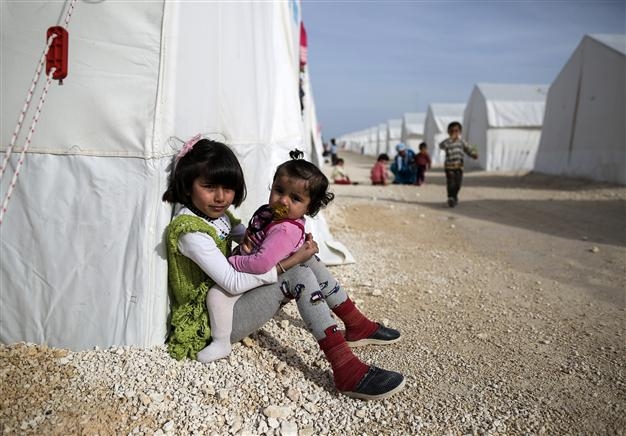 The European Union should reboot its approach to the Syrian refugee crisis to include sharing the burden of resettling refugees, a Council of Europe official says, accusing the top European countries of neglecting one of the worst humanitarian crises of recent history. “As another year has passed in which an increasing number of Syrians have suffered the consequences of conflict in their country, all European states are urged to be more generous and assume their responsibility in providing effective protection to those in need,” Nils Muiznieks, the Council of Europe Commissioner for Human Rights, wrote in an article published as a blog post on the council’s website on Feb. 3. He began “following the steps of Syrian refugees in Europe” over a year ago he said, adding he concluded that Europe had failed to rise to the challenge and was neglecting the crisis. He said the scale of the Syrian refugee crisis continued to grow exponentially over the past year, with the number of Syrian refugees exceeding 1.6 million in Turkey, 1.1 million in Lebanon, and 620,000 in Jordan. “However, these countries are now struggling to address the basic needs of Syrian refugees,” he added, arguing this requires European countries to step up and take over some of the responsibility. “In fact, from 2011 until now, Europe, one of the globe’s wealthiest regions, has only received around 6 percent of all Syrian refugees – some 210,000 persons in total, of whom 126,590 came in 2014,” Muiznieks said. “Moreover, as the conflict in Syria approaches its fifth year, in many European countries, recognized Syrian refugees are still left to fend for themselves, without adequate measures to facilitate their integration, despite the obviously long-term character of their forced displacement,” he added. Muiznieks also praised some recently-taken steps, which have been led by Germany, the country hosting the highest number of refugees in the bloc. In Europe, in a positive move, several countries pledged in 2014 more resettlements as well as humanitarian and other admissions for Syrian refugees, Germany leading with 30,000. Although similarly generous gestures are needed from other big European states as well, this is a clear improvement from the total number of some 15,000 places pledged a year earlier,” he said. Muiznieks ends his article with a number of recommendations that he suggests bloc to pursue. “European states, especially the biggest and wealthiest, should show international solidarity by taking in more Syrian refugees, through relocation and humanitarian admission, as well as other specific programs,” he said. He also insistently called on European countries to cease non-entry policies and practices.