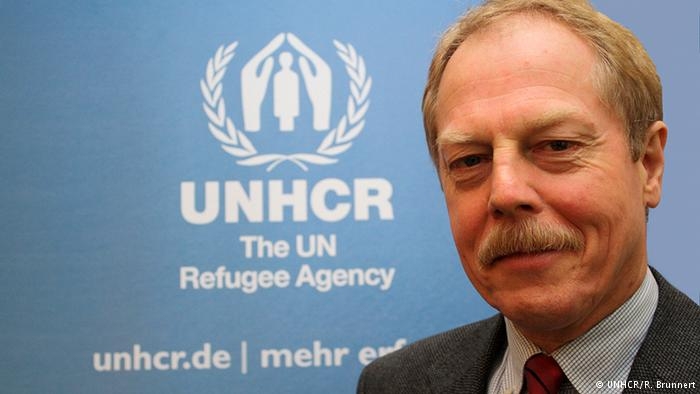 Hans ten Feld: This was very unpleasant news, obviously, and not something one would hope for and one would want to see repeated. But I think the immediate response that has come from the responsible authorities is making me hopeful that these are incidents that will not repeat themselves. But it’s very unfortunate that it happened. Do you consider these incidents as exceptions, or do you worry that this may just be the tip of the iceberg? I would certainly not think that it is the tip of an iceberg. I think the standards and the intentions are such that the refugees and the asylum seekers should be received and given the assistance that they require. So I really think and would like to think that these are individual incidents and that measures are taken to make sure that they don’t happen again. And I am confident that that is exactly what is happening: That those measures are being put in place. From what we know, the incidents took place in refugee centers that were run by private companies. Based on your international experience, is there a difference in the treatment of asylum seekers in privately run and state-run refugee centers? I think the main thing is that the standards are clear and that the code of conduct for the staff is clear. And then this should not be an issue and it should not make a difference whether it is state-run or whether it is privately run. The basics have to be clear and guaranteed. Due to the conflicts in the Middle East, Germany, like many European countries is experiencing a large influx of refugees, the highest it’s been in 20 years. Do you think Germany is ready and prepared to cope with that? It’s obvious that it is a challenge for the authorities dealing with these higher numbers. But here as well I am quite confident that the authorities will be able to handle it. What I hear and what I read and see is that the authorities in the different [communities] and in the different Bundesländer [states] clearly indicate that there is a challenge, but that they are confident that they can face that challenge. And the experience in the past has shown that as well. I am thinking of the early 1990s when the former Yugoslavia broke up and when Germany, the German authorities and German civil society, proved that they were able to provide a proper response. Germany takes in one of the largest contingents of refugees within Europe. This has led to some debate over whether Germany can and should take in additional refugees or whether other countries should take in more. What do you tell people who argue that Germany has now done its share and who feel that it’s now the turn for other European countries to do their part? It’s clear that there is more solidarity required within Europe. Out of 28 countries in the European Union, only about 10 really receive asylum applications. Germany has played a fantastic role, a very positive role in, for instance, agreeing to take in 20,000 Syrian refugees under the humanitarian admission program. We would really like to see other European countries to follow that example. Germany is also resettling refugees now. There is a pilot program receiving 300 refugees every year and we are in the third year of this pilot program. We are hopeful – and all the indications are – that the program will be extended. It is part of a worldwide program that we run at the UNHCR [United Nations High Commissioner for Refugees]. Europe overall only takes in about 5,000. Refugees are invited from neighboring host countries and we would like Europe as a whole to go from 5,000 in a year to 20,000 by the year 2020, to show solidarity with other countries which are hosting many more refugees.