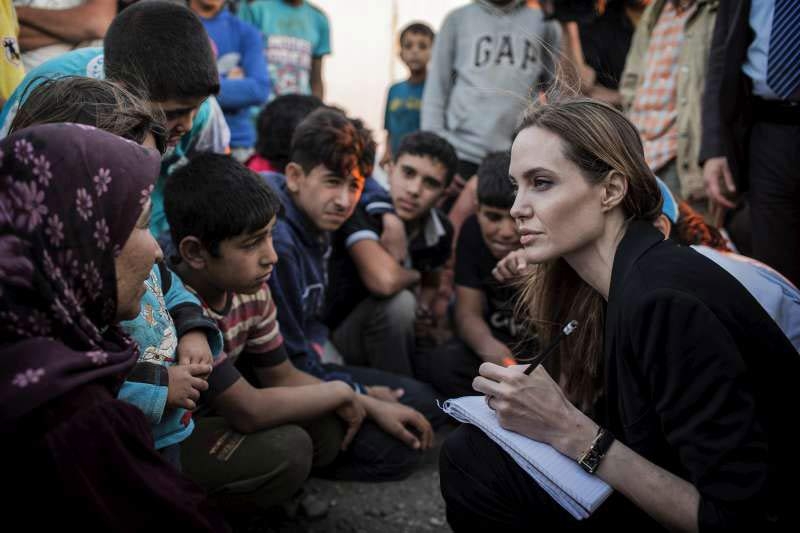 14 March 2015 – As the Syrian conflict enters its fifth year, it is shameful that even the basic demand for full humanitarian access has not been met, Oscar-winning actress and United Nations refugee agency (UNHCR) Special Envoy, Angelina Jolie said today. “It is deeply alarming that the international response so clearly falls short of what is needed to end the conflict in Syria,” Ms. Jolie emphasised in a statement. According to the UN, over 220,000 Syrians have been killed, and almost half of the country’s men, women and children have been forced to flee their homes since the conflict in Syria erupted in March 2011. More than 4 million people have sought refuge in neighbouring countries, while a further 7.6 million are displaced within Syria. UNHCR says that most of the over 4 million Syrian refugees in neighbouring countries see no prospect of returning home in the near future, and have scant opportunity to restart their lives in exile as many of them live in insecure dwellings and in poverty. “It is sickening that crimes are being committed against the Syrian people on a daily basis with impunity. The failure to end this crisis diminishes all of us,” Ms. Jolie said, urging governments around the world to put aside their differences and try again to solve the conflict politically. “People are entitled to feel bewildered and angry that the UN Security Council seems unable to respond to the worst crisis of the 21st century,” she added, noting that neighbouring countries and international humanitarian agencies are being stretched beyond their limits. She also appealed for urgent steps to demonstrate that the international community is serious about accountability in Syria: “to show that we will not turn a blind eye to war crimes and that we will not fail refugees, the displaced, and the survivors.”