GAZIANTEP, TURKEY— In the Turkish border town of Urfa, sometimes the six girls ranging in age from 6 to 19 don’t know what to do with themselves as the days merge dully into each other, while their 14-year-old brother gets to go to school.

Their rented apartment, too small for the Syrian refugee family’s needs, is confining. For more than a year now their education has been on hold.

In the meantime they try to teach themselves Turkish, hoping spaces in the school will become available.

“I have tried to enroll them in Turkish schools, but we are turned away, the few private schools for Syrian kids are full,” sighs their mother, Birca, whose home in the mainly Kurdish Syrian town of Kobani was destroyed last year. Since then she has pushed her girls to study languages, to take up music and lay the foundations for futures that won’t be defined solely by husbands and child-birth.

She is now thinking of joining the refugee exodus to Europe next spring when the weather improves, whatever the perils.

Indeed, some Syrian refugees cite education — for themselves or their children — as one of the major reasons to risk the dangerous journey to the West. Four years into the disastrous Syrian civil war, they are tired of living in limbo.

According to estimates by Human Rights Watch (HRW), less than a third of the 700,000 Syrian refugee children in Turkey have access to public education. The New York-based rights group warns that more than 400,000 Syrian refugee children in Turkey are not able to attend any kind of schools, despite an official Turkish government ruling that grants them rights to public education. 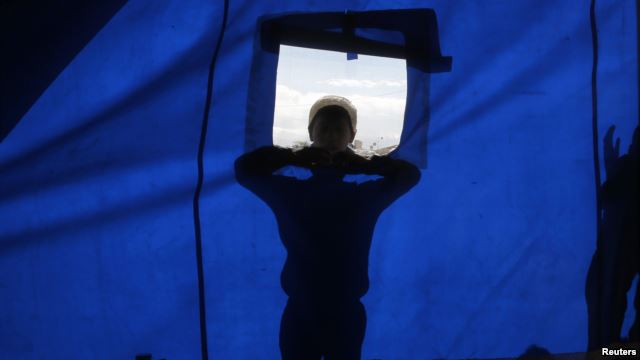 From securing a place in overcrowded state-run schools to overcoming the language barrier, obstacles for Arab-speaking kids in Turkey are plentiful. Many refugee families can’t afford the transportation costs to send their kids to school, even if they can find one that will admit their children. Other families need their kids to go out and work.

And then there are widespread complaints about Syrian children being bullied by Turkish students.

In some Turkish provinces and towns, local authorities fail to abide by Ankara’s ruling that refugee children should be granted access to public schools, even when they have space.

Last month, the Turkish ministry of education announced 180,000 refugee children are receiving instruction in a modified curriculum at 270 Temporary Education Centers (TECs). Another official estimate says some 50,000 Syrian kids hold spots in elementary or high school classrooms. Most of the TECs operate in the afternoons at the state schools.

Turkish officials argue this is a vast improvement over 2014, when only 6,000 Syrian kids were in schools and there were just a handful of TECs operating. From the Turkish government’s perspective, more international assistance is needed. Officials say they can’t be expected to shoulder the burden alone.

Their argument is receiving some sympathy from rights groups.

“While the Turkish government has been generous in its response toward the Syrian refugee crisis, Turkey has struggled to ensure that Syrian schoolchildren have the access to education to which they are entitled under international law,” HRW said Monday. 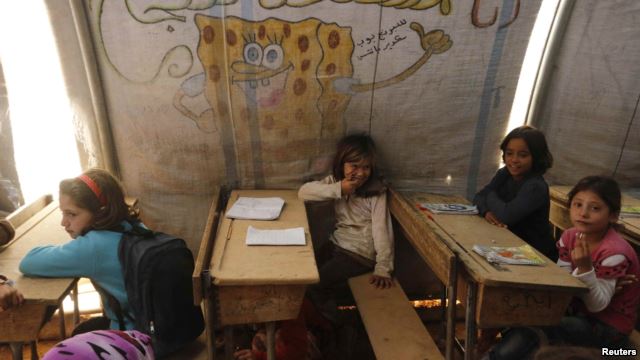 The group argues the international community must provide “urgent financial and technical support” for initiatives that would boost the refugee children’s access to education. The European Union gave $15 million in new funding last month, but it isn’t enough to adequately boost Turkish capacity to educate more refugee kids and provide the introductory language classes needed and to help students with the psychosocial and additional academic support required to adapt to a new school curriculum.

“Failing to provide Syrian children with education puts an entire generation at risk,” said Stephanie Gee, of the HRW’s refugee rights program. “With no real hope for a better future, desperate Syrian refugees may end up putting their lives on the line to return to Syria or take dangerous journeys to Europe.”

A hasty return to the physical dangers of Syria or an unsafe passage to Europe aren’t the only risks. The British charity TheirWorld warns the current shortfall in donor funding and Turkey’s inability to provide expanded education access is leaving the unschooled “at risk of child labor, early marriage, sexual exploitation and extremism.”

An unknown number of Syrian kids, thought to be in the thousands, are being educated in private schools of varying quality, dependent on inconsistent funding by private charities or members of the Syrian diaspora. Many are run by Muslim Brotherhood-linked organizations, which has triggered alarm.

The border town of Gaziantep alone is home to 10 Islamist-run schools.

“Most of the people who support these private schools have their own agenda and most are Islamists, and this is a problem,” laments Nagum al-Ghadri, vice-president of the Syrian National Coalition, the main Western-backed Syrian political opposition organization.

She warns it is short-sighted of the West not to sense danger in this development and is urging more international aid.