Sıcak Yuva Foundation, a non-profit organization based in Istanbul, offers education to more than 600 Syrian children while encouraging them to get involved in social activities during visits and sporting events.

For the last two years, Syrian children seeking refuge with their families in Istanbul have been educated in both Arabic and Turkish at a school run by the Sıcak Yuva Foundation, a nonprofit organization that aids destitute children, the elderly as well as drug addicts.

The foundation’s headquarters in Istanbul’s Çapa neighborhood have transformed into a school for Syrian refugee children. Three years ago, foundation officials decided to educate Syrian children, some of whom have resorted to selling tissues on city streets or cleaning car windshields around the city. The İLAF Foundation uses the Sıcak Yuva Foundation’s center as the main facility for courses. Presently, 650 students between the ages of 8 and 16 are attending courses at the school. 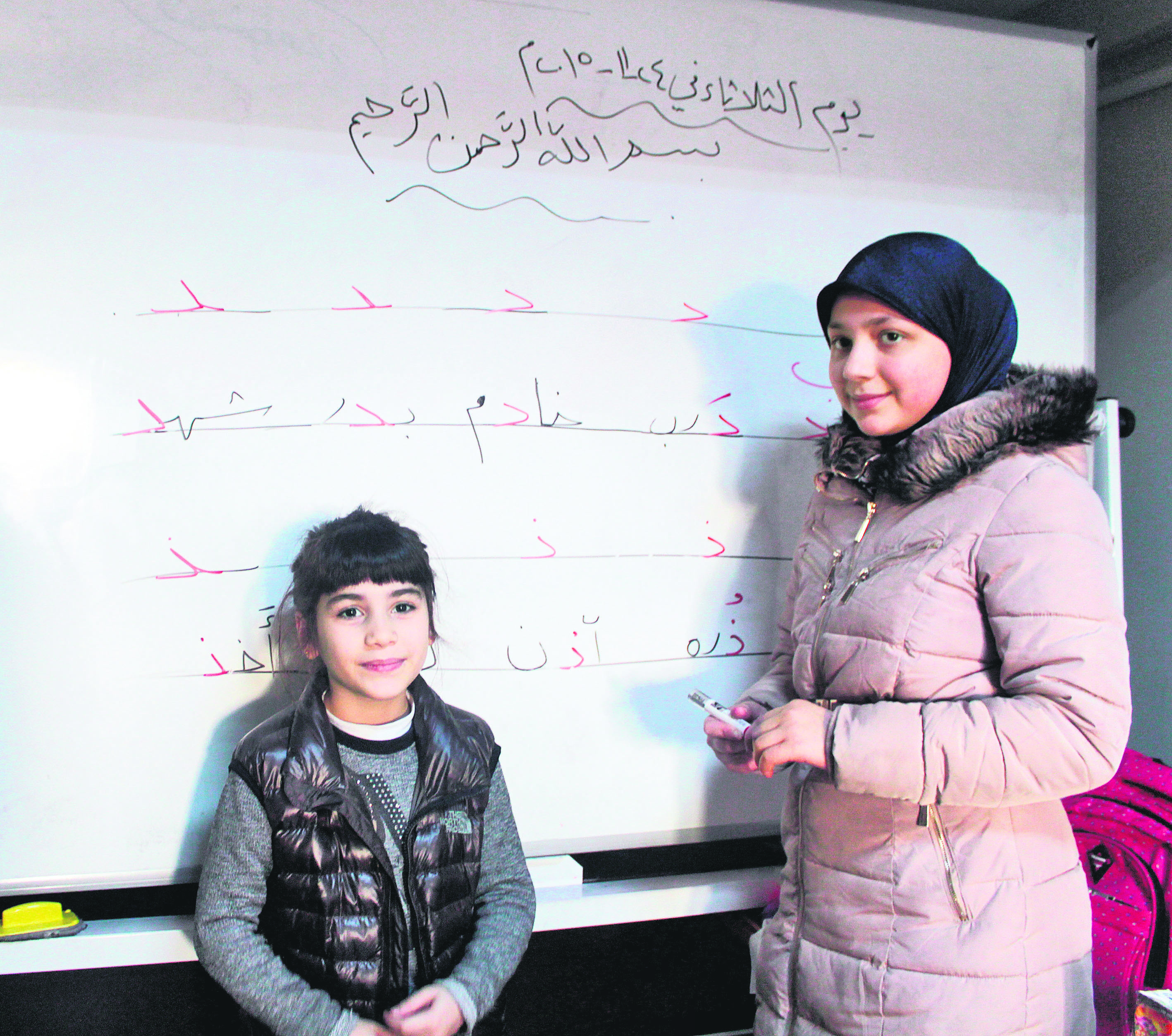 Speaking to Anadolu Agency (AA), Sıcak Yuva Foundation General Coordinator Hüseyin Sevim said the school not only provides education to Syrian children, but helps them get involved in social activities to improve their interaction with the people around them. Travel programs are also being prepared to allow students to visit other cities. “Students participate in sports and other activities at the school, too,” he said. “Some of our students are quite interested in sports. We work with the Mavi Haliç Sports Club, and some of them have even won medals at national competitions. However, another group of students recently presented a play depicting Syrian children who lose their lives while playing in a garden. They have not yet recovered from war trauma.”

Most of Syrian students reside in the city’s Fatih district with their families. “Only one student comes to the school from the Gaziosmanpaşa district,” Sevim said. Syrian families contact the school through the İLAF Foundation. Sevim said they also reach out to Syrian students in need. “When we approach Syrian refugee children, we encourage them to come to the school. The foundation also distributes clothes to the students,” he said. Students attending the school in the morning attend classes from 7:30 a.m. to 11:30 a.m.; afternoon classes take place from 12:00 p.m. to 5:00 p.m. 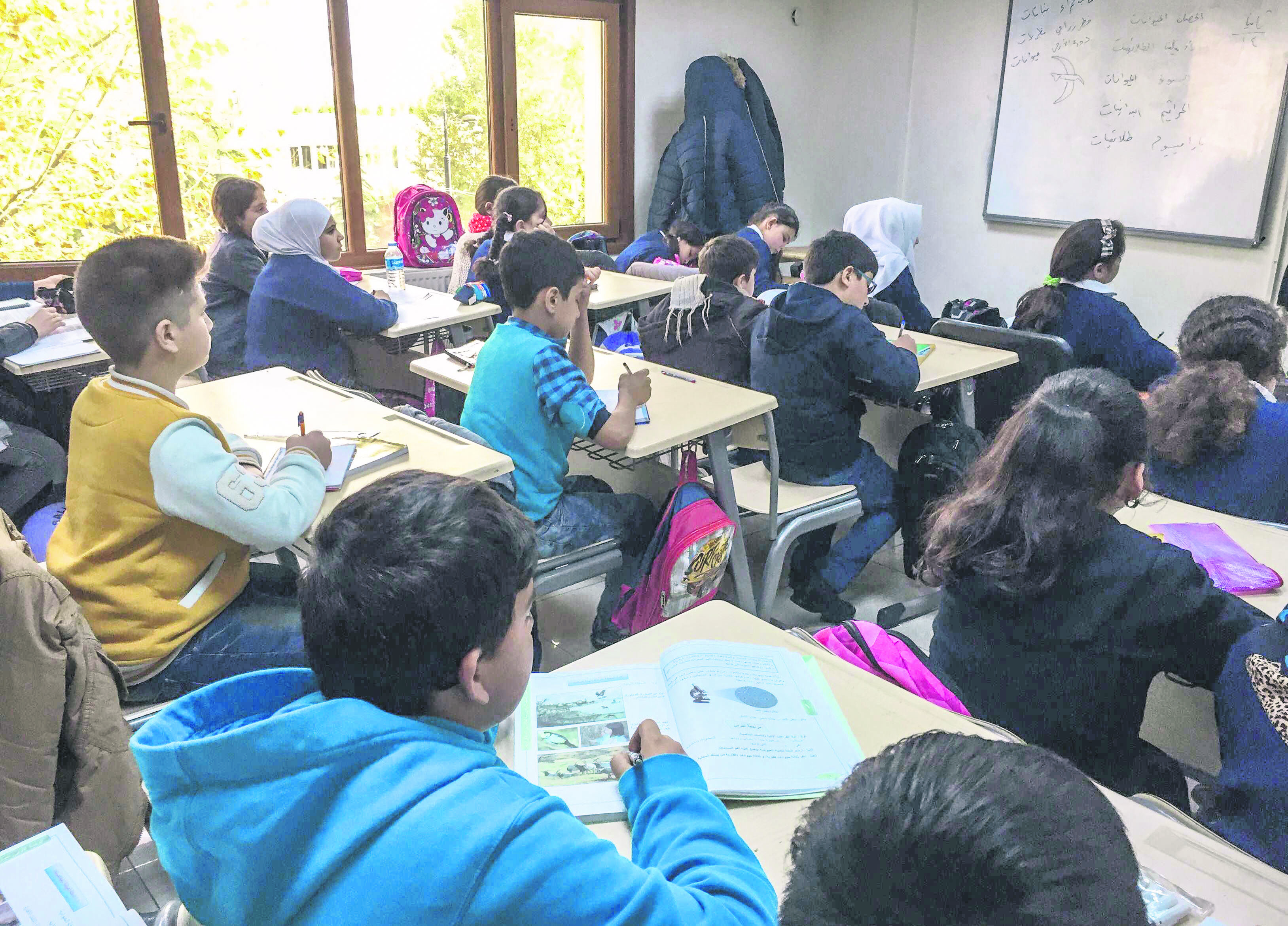 The Istanbul Metropolitan Municipality covers the school’s food expenses, while trainers are paid through a fund provided by the Youth and Sports Ministry. The Foundation of Youth and Education in Turkey (TÜRGEV) provides shuttle services with two buses, Sevim said. “Four of our previous students who entered Ankara University have been accommodated by TÜRGEV. Vakıf Gureba Hospital collaborates with us to meet our students’ health service needs as well,” he said. 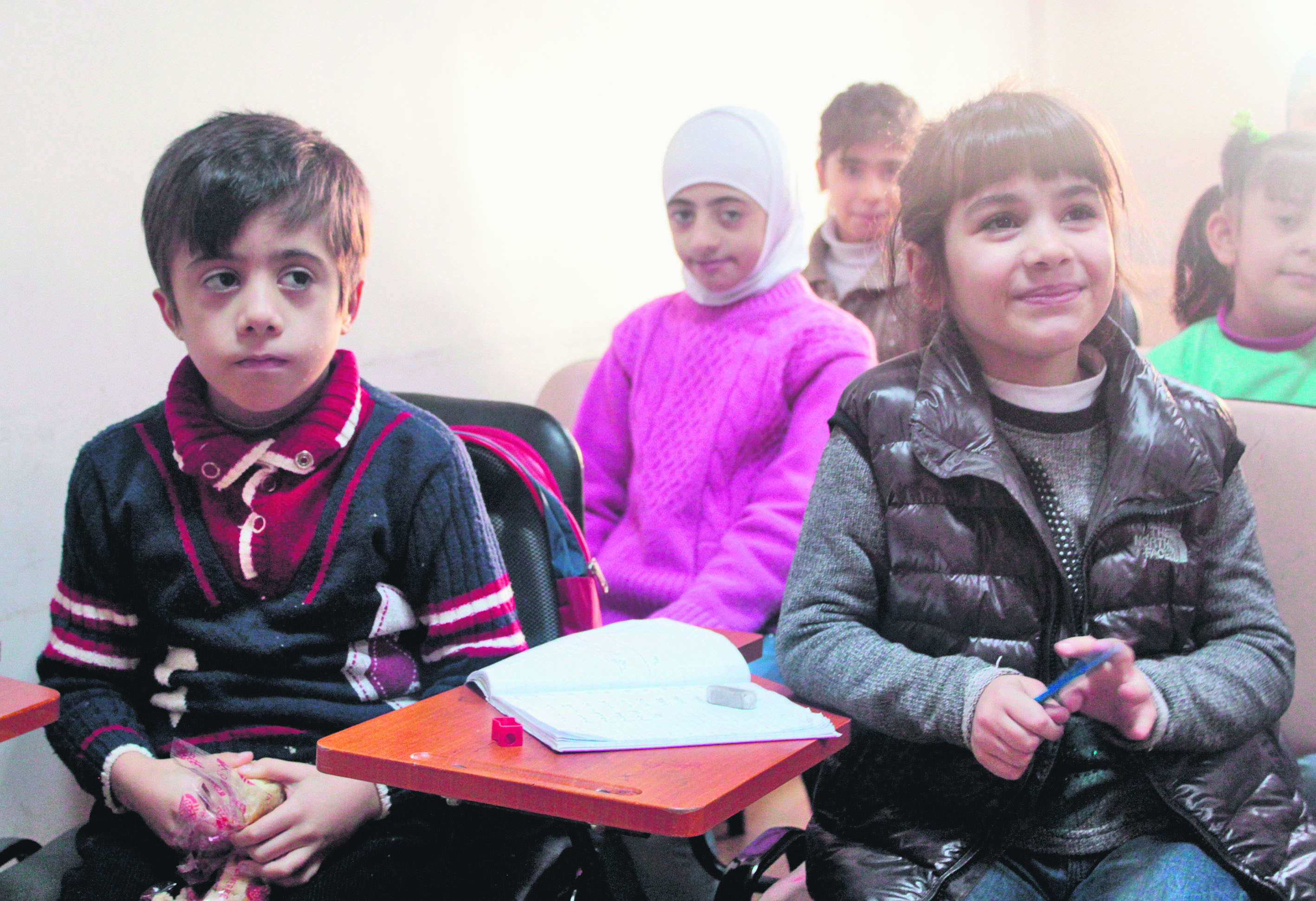 However, the foundation is looking for more space to educate more Syrian students. “The space is not sufficient enough to accommodate all students. Unfortunately, we cannot take more students and are currently looking for another facility. If we find a larger place, then we will increase our numbers to 1,500,” he said. So far, 50 graduates of the school have been accepted to universities. Four of them study at the University of the Turkish Aeronautical Association, while others are studying in the engineering departments and various other departments of state universities. There are only two Turkish teachers at the school, which has 25 teachers in total; the other teachers are all Syrian. “Our Syrian teachers were working in their homeland before the war broke out,” he said. 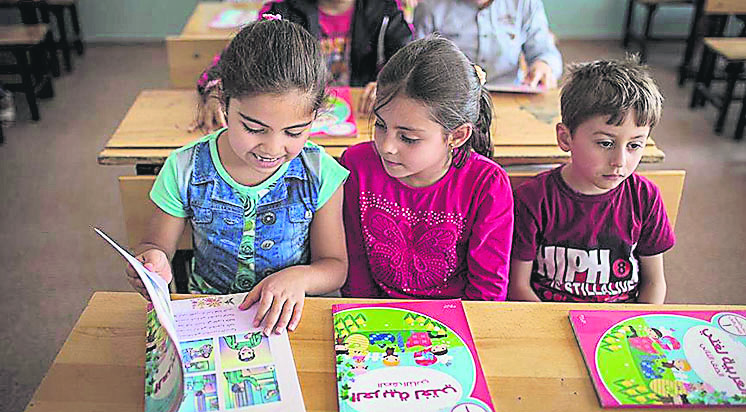 The Sıcak Yuva Foundation was established in 1999 by President Recep Tayyip Erdoğan, who was serving as the mayor of Istanbul at that time. In collaboration with Spor A.Ş., the sports enterprise of the Istanbul Metropolitan Municipality, the foundation rents sports centers for children. The foundation organizes summer camps, trainings and events for children in need.

Turkey is home to nearly 2 million Syrians and a significant part of whom are living in tent camps built by the government in provinces near the Turkish-Syrian border, while others either reside in their own homes, in rental houses or reside in abandoned buildings and parks.