Giving young Syrians their future back 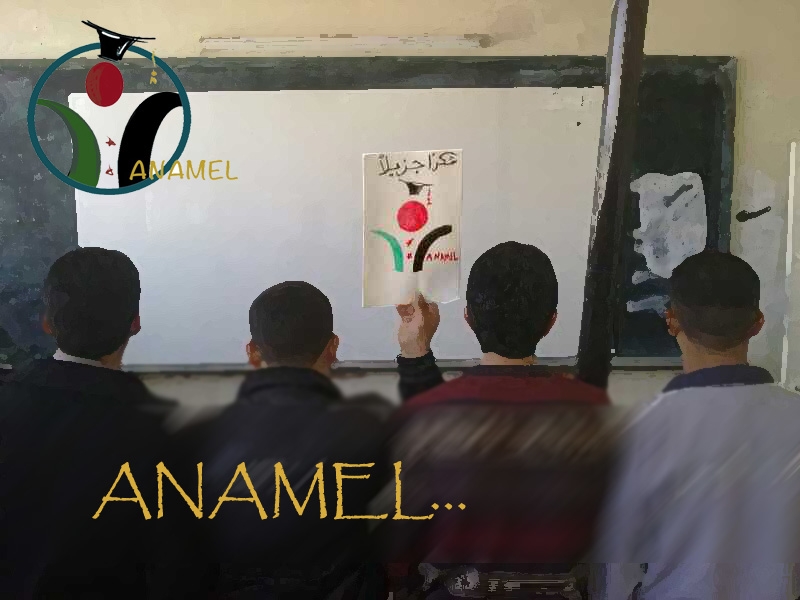 Do you remember being 17 and looking forward to university? Do you remember knowing where you wanted to be, and deciding what you were going to study to get there?

If you were lucky, you studied hard, got a place at uni and made your dreams a reality. Your A-levels weren’t interrupted by shells falling near your school. Your teachers didn’t move away. And you weren’t forced to skip lessons because you were too scared to leave the house.

Syrian teenagers are not so lucky. The numbers are stark: half of Syrian schoolchildren are out of school; one in five schools in Syria has been destroyed, damaged or taken over for shelter or military use, and over a million children have fled the country.

Not being able to go to school not only costs young Syrians the community and sense of normality that makes everyday life bearable. It also robs them of the futures they have dreamed and worked for.

It was this harsh reality that in 2012 led two British-Syrians, Khaled Al Marei and Hala Dandachi, to found Anamel, an initiative supported by Mosaic Syria that gives students who have suffered years of interrupted education the extra help they need. They called the project Anamel, meaning ‘fingertips’, because the future of conflict-battered Syria will be ‘drawn by the fingertips of its students’.

Through Anamel, Mosaic funds tutors to give extra lessons to 17-18 year olds in some of the hardest hit areas in Syria, enabling them to pass their baccalaureate exams and go on to university inside the country.

Not only does this extra support give teenagers hope and a reason to keep going, but it also encourages them to become the doctors, engineers and teachers that will later rebuild the country, Al Marei explains.

“Our main aim is to support students who are forgotten about,” he says.

“We fill the gap every time the school falls short, and encourage the families of the students to stay in their country and support their children to keep going and discover their future.”

The initiative has been remarkably successful. All of the teenagers Anamel supports are suffering the loss of a close family member to death or prison. Many are under pressure to give up school in order to financially support their families.

Others fear they will have to leave Syria, missing out on the vital baccalaureate exam that is their passport to university. All have missed vital chunks of education due to school closures, fear of militias and teachers – understandably – being tempted away to more lucrative jobs in the Gulf and elsewhere.

Despite this, last year every student tutored by Anamel passed their baccalaureate exams and went on to study inside Syria – most of them taking up medicine and engineering degrees at university. Now, following a year of hard study, the Anamel class of 2014 are taking their exams too, also in rural Homs.

Anamel’s success lies in the fact that it addresses the individual reasons preventing Syrian students from accessing education. Young people feel under pressure to earn rather than study – so Anamel offers its students modest financial support. They are afraid to go to school because of attacks by militias – so Anamel arranges for tutors to visit students at discreet locations near their homes.  And teachers are tempted to leave the country – so Anamel offers them a guaranteed, regular income.

The dedication of this small initiative to each and every student is summed up by the story of Roula*. Roula was one of the brightest students in her town, but her education was put at risk when she had to flee to Lebanon at short notice. Anamel, determined that the upheaval would not cost Roula her Baccalaureate exams, followed her to Lebanon with the textbooks and study notes she had been forced to leave behind.

And when it was time for her to come back to Syria for her exams, a teacher crossed the border to collect her so that she did not have to make the frightening journey alone.

But as children in Syria enter their fourth year in a conflict zone, there are new challenges. Many 17-year-olds have now missed so much school that tutoring is not enough to help them catch up.

For this reason, Anamel is planning to support three schools in hard-hit areas that are providing students with a full educational programme – two in rural Homs, and one in Ghouta.

With your help, Anamel will hire teachers, buy classroom equipment and convert secure spaces like cellars into classrooms where teenagers can learn without the fear of their school collapsing under shelling.

With your support, these plans will become a reality:

Text today and stand up for young people like Roula, whose fingertips will draw the future of Syria.

*Not her real name