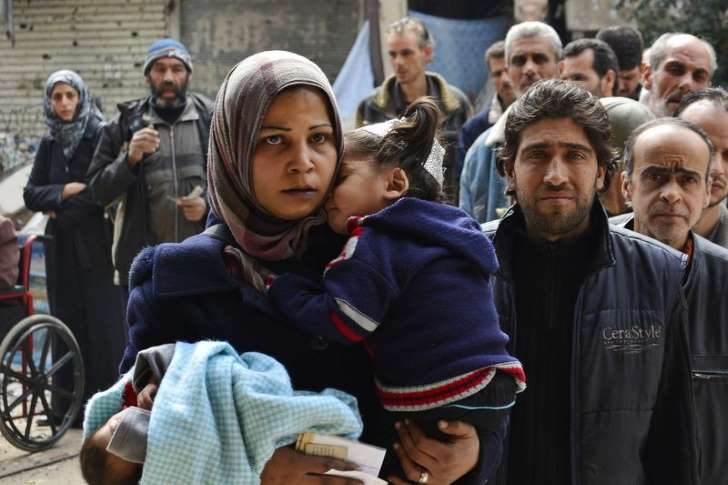 Yarmouk camp was home to the largest Palestine refugee community in Syria. There were about half millions Palestinians. During the Syrian Civil War Yarmouk camp became the scene of intense fighting between the Free Syrian Army and Syrian Army government In April 2015 Yarmouk camp seized and besieged by ISIS which resulting in hunger, diseases and a high death rate. Today United Nations officials warned of a potential “slaughter of innocents” where there 18,000 civilians, including 3,500 children. Palestinian sources reported about 12 camp residents killed. This humanitarian situation payment aid agencies to call to protect civilians and the delivery of assistance to them.