How to Tell If a Charity Is Legitimate 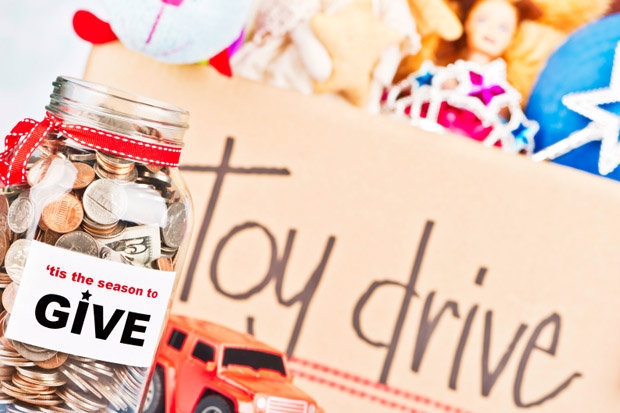 It’s the end of the year, and whether it’s the spirit of the season or the looming year-end tax deadline, you may be feeling that now is the right time to give something back in the form of a charitable contribution. With so many worthy causes to choose from, how do you decide where to give? To whom may you give? If you want to make sure your donation is tax deductible, check if the organization is qualified to accept deductible contributions. This step insures you get the benefit on next year’s taxes – and it’s also a key hurdle legitimate charities must clear. Phony charities can clear it as well, but this is a good first step. The IRS qualifies religions organizations and governments to receive donations. The following organizations can receive contributions as well: Corporations, trusts, funds and the like organized and created in the United States and its territories that operate for the purposes of charity, education, religion, science, literature and to prevent cruelty to animals or children. (Think American Red Cross, your local church, a nonprofit hospital, the Boy Scouts of America or a volunteer fire department.) War veterans organizations Domestic fraternal societies Nonprofit cemetery companies or corporations The United States or any governmental subdivision, such as states, counties and cities. (Now you know why your state income tax is deducted from your federal income tax.) The IRS keeps a database of qualified organizations, called the Exempt Organizations Select Check Tool, which is available online. Just enter the name of the organization you would like to support, and the tool will tell you whether or not it’s exempt. What – and how much – can you give? You can claim a deduction for money and property you give to a qualified charity. For property, you can deduct the fair market value of your contribution.You can give as much as you like, but the IRS will only let you deduct contributions up to 50 percent of your adjusted gross income for some organizations. There’s a limit of 30 percent of adjusted gross income for veterans groups and cemeteries, and a 20 percent limit for capital gains deductions. In addition, there’s a 100 percent ceiling for farmers and ranchers that allows them to deduct 100 percent of adjusted gross income for donated land, but we are deep in the IRS weeds now. Consult a tax professional if you have questions. Finally, if you receive any benefit in exchange for your contribution, such as a dinner or show or other significant reward, you must subtract the value of that benefit. Small tokens like the tote bags public radio stations dole out are OK. The charitable organization will inform you how much of your contribution is deductible. Online Charity Vetting Tools Several online vetting tools have sprung up in recent years. They take the basics noted above to another level and provide a deeper analysis of charities. In short, they seek to help you decide if a charity is worth giving to by looking at how the charity spends its money. Here are three to check out: Charity Navigator. Charity Navigator calls itself “America’s largest charity evaluator,” and its tools and analyses are robust. For example, the listing for Southern California Public Radio includes details on funding sources, spending, oversight, along with a rating score that combines financial health and accountability. For SCPR, the overall rating is 93 (out of 100), and 70 percent of its funding goes to program expenses. “Seven out of 10 charities we’ve evaluated spend at least 75 percent of their budget on the programs and services they exist to provide,” the Charity Navigator website states. “And 9 out of 10 spend at least 65 percent.” Charities that direct less than a third of their funding to programs should be considered carefully, the organization says. The website also includes links to donate to your preferred charities. You may also donate to Charity Navigator (it’s a qualified “Public Charity” vetted by the IRS), but Charity Navigator hasn’t rated itself yet. GuideStar. Like Charity Navigator, GuideStar helps givers find effective charities. Unlike Charity Navigator, GuideStar does not provide a proprietary rating system. It does offer financial information and other organization details, and for registered members, access to IRS documents and other forms. Listings are much simpler than those found on Charity Navigator, but the organization describes its mission as a presenter of information “in an easy-to-understand format while remaining neutral.” It also claims to include information for every IRS qualified organization. The Wise Giving Alliance. The Better Business Bureau has an online charity vetting service – the Wise Giving Alliance. Like Charity Navigator, the service evaluates and rates charities based on its own criteria. For an additional fee – and additional information provided by the charity – Wise Giving will give the charity an official-looking stamp. Unfortunately, the database is not as extensive as the other databases noted above. Still, the evaluations are thorough. The listing for the American Red Cross, for example, shows it has met all 20 of Wise Giving’s “Standards for Charity Accountability.”