Ireland to double intake of migrants 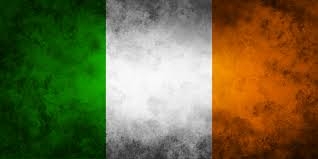 Ireland will take 520 migrants for resettlement, the Minister for Justice has said. That figure is more than double the original number announced earlier this year.

It follows plans from the European Commission for member states to accommodate 20,000, or 10% of refugees mainly from Syria, most of whom have risked their lives crossing the Mediterranean from north Africa.

Ireland had planned to provide for 220 people over 2015 to 2016 and had been asked to take 272 more, allocated on the basis of the country’s population.

Justice Minister Frances Fitzgerald welcomed the proposals from the Commission, which will be discussed by member states in the coming weeks. Ireland has opted out of some of the EU’s asylum strategies but volunteered to adopt at least some of the latest proposals.

The EU has been struggling to respond to the near 2,000 deaths in the Mediterranean so far this year as the numbers taking risks increased threefold over the past year, due mainly to the war in Syria.

Mrs Fitzgerald said: “I have previously expressed my horror and outrage at the tragic loss of life in the Mediterranean Sea. I have also consistently said the humanitarian crisis unfolding in the Mediterranean was an EU issue that requires a co-ordinated EU response and that Ireland will play its part,” he said.

Ireland has worked with the Unhcr taking people in UN camps outside the EU and resettling them here. So far Ireland has resettled 1,200 people from 27 countries since 2000, when the programme started.

The Commission’s proposals on resettlement are part of a major overhaul of asylum policies. In addition, the EU is looking for a UN mandate to destroy vessels that could be used by traffickers on the shores of Libya, and plans to help a number of countries to reinforce their borders.

Commenting on the Commission’s proposals, the minister described them as comprehensive, covering a number of issues and will require detailed analysis before they will be discussed by EU leaders at their next meeting in Brussels at the end of June.

However, she signed out the resettlement part of the proposals. “I want to say clearly that Ireland is committed to contributing to the resettlement effort at European level to the greatest extent possible,” she said.

She said that rather than waiting until the Commission’s proposals are discussed formally by ministers in June, she wanted to indicate that it was the Government’s intention to take an additional 300 people as Ireland’s contribution to the European initiative.

The Government is sending the LÉ Eithne naval vessel to the Mediterranean to help in search and rescue missing.

The Department of Justice said over the past decade more than 30,000 people who have come through the protection process in Ireland have been granted refugee status and leave to remain in the state under various processes.

The number of persons displaced by the war in Syria admitted to Ireland under the resettlement programme to date is 138 persons.

Ireland has operated a Syrian humanitarian application under which 114 people will come to Ireland to join family already here.