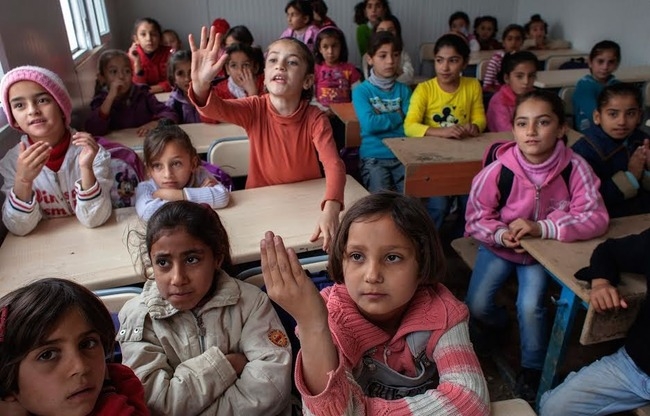 The plan covers the humanitarian and development aspects of addressing the Syrian crisis and its impact on Jordan, said Minister of Planning and International Co-operation Ibrahim Saif at the launch of the plan in December. According to the minister, the national plan requires around $2.9 billion to implement, including $1.1 billion in direct support for the government’s budget and $916 million to fund programmes and projects that fall in line with the priorities of national development plans in sectors affected by the presence of Syrian refugees. In addition, about $889 million is needed “for the implementation of humanitarian projects and interventions for the benefit of both Jordanians and Syrian refugees”, Saif said. The 2015 plan includes development projects and programmes in the education, energy, environment, health, justice, housing, water and transport sectors, as well as social security and strategies to give the targeted populations the means for a decent livelihood. It also includes supporting Jordan’s treasury to cover the increase in security costs; government subsidies for various commodities and materials; losses precipitated by the repercussions of the Syrian crisis; and activities required to meet the needs of Syrian refugees and Jordanians affected by the crisis. “The influx of a large number of Syrian refugees into Jordan has had a considerable impact on the Jordanian economy and on society as well,” economist Hossam Ayesh told Al-Shorfa. Syrian displacement has impacted unemployment, he added, which is now at 12% among Jordanians, especially as many employers have turned to hiring Syrians because they accept lower wages. Other effects of the displacement crisis manifest in the tremendous pressure on schools, health, energy, water and the infrastructure, Ayesh said. “This calls for the implementation of many projects in all sectors to cope with the presence of such a massive number of Syrian refugees in Jordan, especially those living outside camps,” he added. There are now an estimated 1.4 million Syrian refugees in Jordan, of whom 620,000 are registered with the UN High Commissioner for Refugees (UNHCR). Local studies estimate that hosting each refugee costs Jordan about 2,500 dinars ($3,500) per year, said journalist Khetam Malkawi, who specialises in the affairs of Syrian refugees. “Hosting the Syrian refugees comes at a time when the Jordanian economy is struggling in all sectors, especially given the turmoil in the region,” she said. She called on all international organisations and donors to further their efforts in helping the kingdom continue to aid refugees and at the same time improve services for Jordanians, host communities in particular.