Kobani Refugees Started to Moving Back home To Syria From Turkey 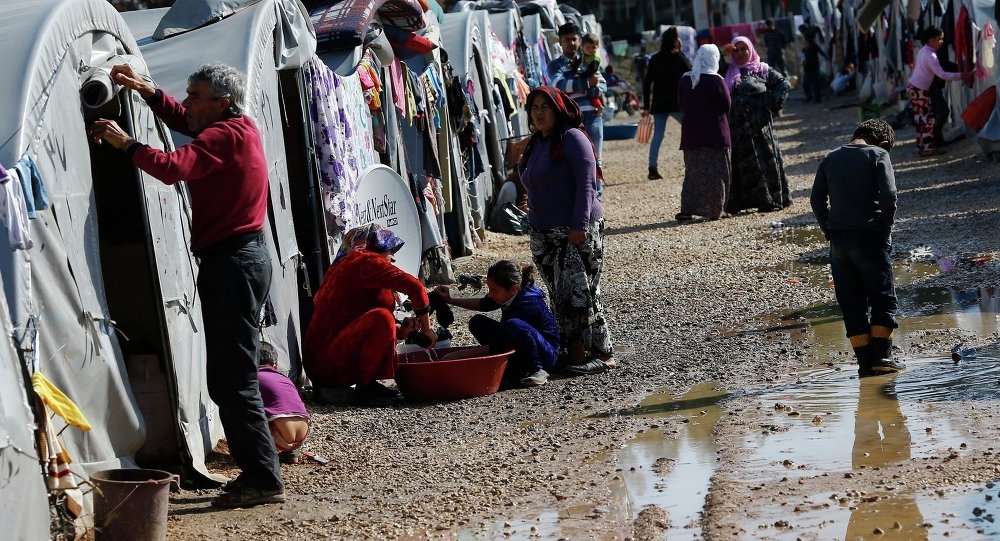 yrian Kurds from the city of Kobani, located near the Syrian-Turkish border, have started moving back to their home city after having fled to Turkey amid fighting against ISIL extremists, the Turkish Sabah daily reports. According to the newspaper, about 6,000 people have crossed into Kobani from Turkey. A group of 1,000 people crossed into Syria on Tuesday. “We expect the number of people returning to increase as spring approaches,” Abdullah Ciftci, the district governor of the Turkish town of Suruc, located across the border from Kobani, told reporters Wednesday, as quoted by Sabah. Ciftci added that the returning refugees are concerned for the safety of their property, which is one of the reasons why they are heading back home. Some people walk while others travel here by car. They want to check their homes, their land, and we understand their concerns about what happened to them in the clashes. We try to help them as much as possible and facilitate their crossing,” Ciftci said. Earlier this month, the Syrian Observatory for Human Rights (SOHR) announced that the deaths of 1,835 people had been registered in Kobani since ISIL militants launched their first attack on the city in September, 2014. According to SOHR, 39 Kurdish civilians were among the victims, including two teenagers. Kurds lost 504 fighters, among them women who were killed during clashes and shellings in the area. Since mid-September, Kobani, one of the largest Kurdish towns in Syria, has been besieged by ISIL fighters. Despite the liberation of the town in January, hostilities in its vicinity have not stopped. ISIL, a radical Sunni group also known as the Islamic State of Iraq and Syria (ISIS) and the Islamic State of Iraq and the Levant (ISIL), has seized vast areas in Syria and Iraq and has declared an Islamic caliphate on the territories under its control, forcing thousands of people, especially religious minorities, to flee. Government forces of both Syria and Iraq, a US-led coalition, as well as Kurdish militia, have all been battling against ISIL extremists. As a result of these combat operations, thousands of civilians have been killed.