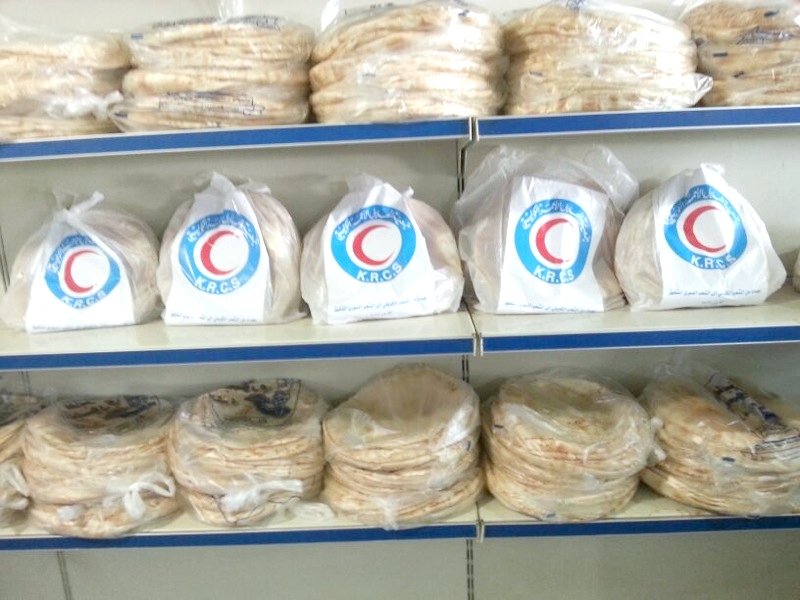 Kuwait Red Crescent Society (KRCS) launched here on Monday a new round of the “Ragheef” campaign, in aid for Syrian refugees in Jordan. “Ragheef” (Arabic for loaf of bread) one month-campaign is offering bread for a total of 7,000 Syrian refugees in various parts of Jordan, Head of the Kuwaiti delegation and Public Relations in KRCS, Khalid Al-Zaid told KUNA. KRCS signed agreements with a total of 35 bakeries in the Hashemite Kingdom to supply refugees with bread, he said. The Kuwait Red Crescent is committed to its humanitarian mission and works to alleviate the suffering of the refugees, especially during this harsh winter season, he affirmed. He praised the efforts of Jordanian Red Crescent Society in offering assistance to reach all families of Syrian refugees. Al-Zaid also hailed the role of the Kuwaiti diplomatic mission in Jordan in facilitating the work of the KRCS in the kingdom