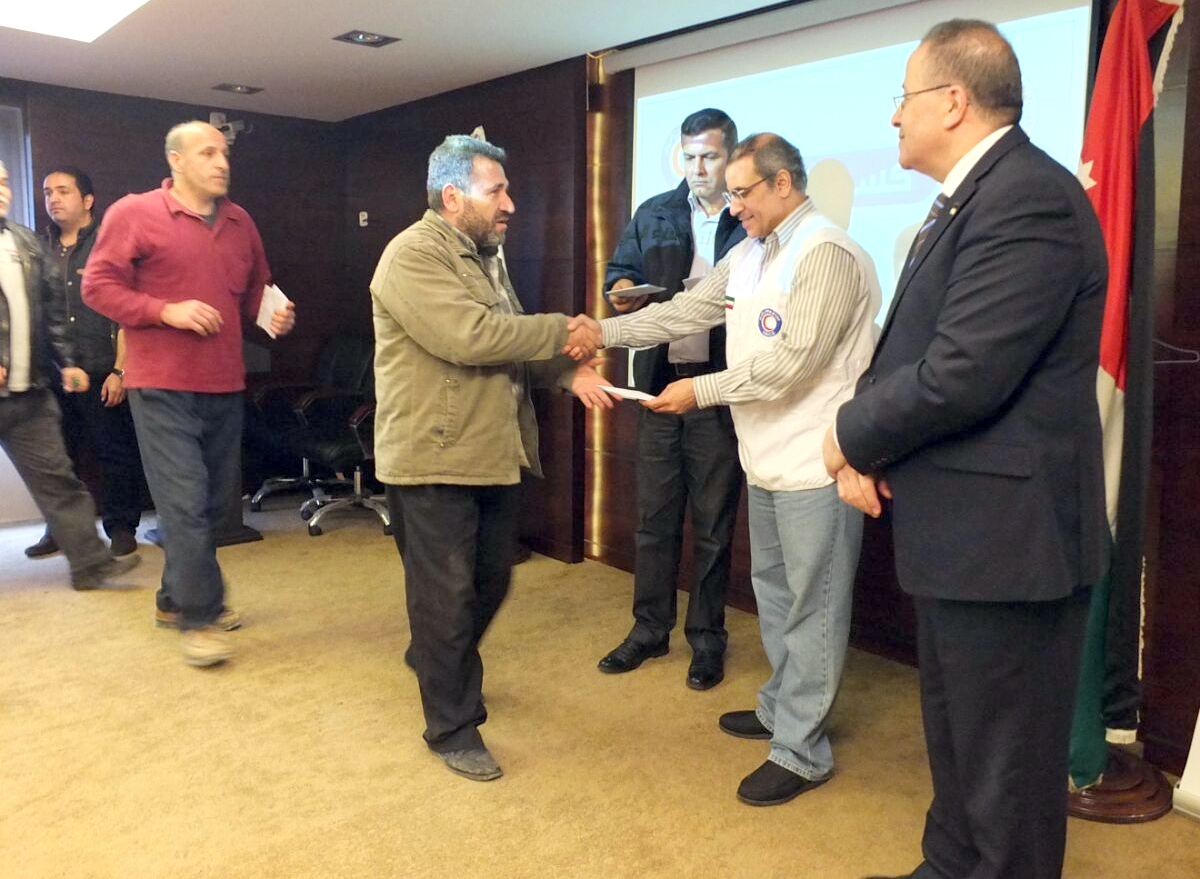 Kuwait Red Crescent Society (KRCS) handed in Wednesday winter aid coupons to some 600 Syrian refugee families as a gesture to help them during the cold and harsh winter season. Speaking to KUNA, head of KRCS’s delegation Khaled Al-Zaid said that the winter aid campaign was within Kuwait’s ongoing efforts to help the Syrian refugees since their plight began in 2011. He affirmed that KRCS will continue to coordinate with Jordanian authorities to make sure that the Syrian refugees were provided with assistance and care. The current winter aid campaign was held in cooperation with the Jordanian Red Crescent Society