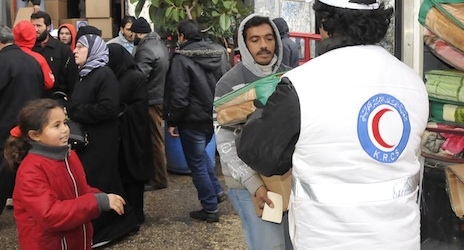 A delegation from Kuwait’s Higher Committee for Syrian Refugees Relief ended here on Sunday the second stage of the relief campaign that included 9,200 Syrian families in five governorates in Jordan, presented by the Kuwaiti Ministry of Awqaf and Islamic Affairs. Head of delegation Thamer Al-Suhaib told KUNA that the delegation, with the cooperation of 28 charities, distributed during a period of four days, food parcels including 15 different kinds of food, with the cost of USD 45 per parcel, and a total value of USD 385,000. This campaign is done upon the instructions oF His Highness the Amir Sheikh Sabah Al-Ahmad Al-Jaber Al-Sabah to alleviate the suffering of the Syrian refugees during such tough circumstances.