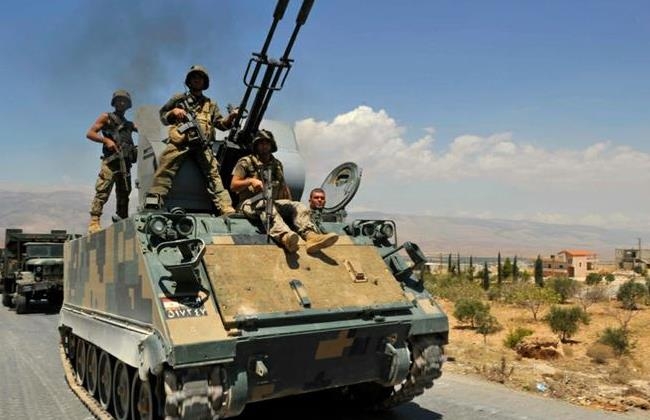 A Lebanese Army post in the northeastern border town of Arsal came under fire from a Syrian refugee camp as troops repelled an infiltration attempt by jihadists in nearby Wadi Hmeid, the military said in a statement Thursday. The statement said troops deployed at the northeastern border foiled a midnight attempt by “an armed terrorist group” to infiltrate an Army base in Wadi Hmeid, a rugged region on the outermost edge of Arsal. It said the Lebanese Army engaged in a brief armed clash with the infiltrators, forcing the “terrorists to withdraw and flee toward the highlands.” At the same time, the statement added, a Lebanese Army post in the Arsal neighborhood of Masyada was also fired on from “inside a Syrian refugee camp near the Army site. The Army returned fire, the statement said, adding that troops were hunting down the shooters. The Lebanese Army fought a deadly five-day battle with ISIS and Nusra Front extremists in Arsal early in August that killed 19 soldiers and dozens of militants. The jihadists abducted more than 30 Lebanese security forces during the battle and took them to their hideouts in Arsal’s outskirts.