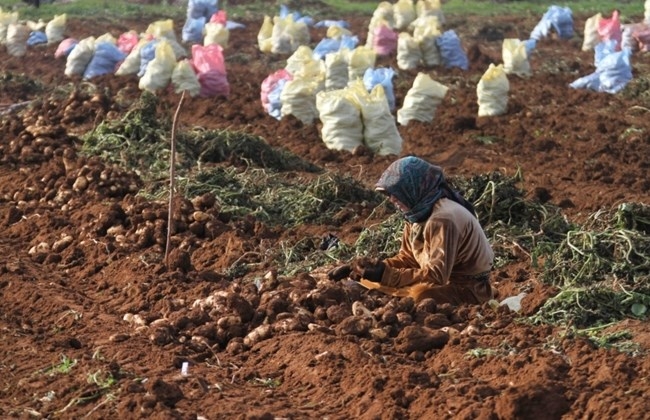 A number of Syrian refugee women in Sidon have complained to officials at humanitarian organizations of repeated harassment from landowners. Most of the incidents reportedly took place in fields in the southern district of Sidon. The women have asked relief organizations for assistance moving to other areas. The director of one Sidon-based charity, who wished to remain anonymous, told The Daily Star that a Syrian refugee woman said she had been harassed by the owner of the agricultural land on which she and her family live. The woman did not tell her husband about the incident, as he is employed on the property and she was afraid of the possible repercussions. The case was dealt with in secret, according to the director. Similar cases have also been reported, and refugees have been provided with tents by the organization so they can move away. Another aid organization has received reports of refugee women being harassed by their Lebanese landlords. Some said they were forced to stay silent to maintain shelter for their impoverished families, while others moved away to avoid disputes. In response to the reports, a delegation including representatives from the Union of Relief Organizations in Sidon, local non-governmental organizations and other international agencies aiding Syrian refugees, visited Anwar Daou, governor of south Lebanon, and handed him a report on the situation of refugees in Sidon and the surrounding area. The groups discussed the needs of Syrian refugees and obstacles to relief work in the city, while the governor presented a statistical report on the numbers of Syrian refugees. “We agreed to hold a workshop in the near future to develop a strategic plan for local needs,” said Kamel Kazbar, head of the Union of Relief Organizations in Sidon. “Since early 2014, the influx of refugees into Sidon’s camps increased,” said Kazbar, who cited the worsening of the political situation in Syria, and the unstable security situation in the northern Bekaa Valley as contributing factors. At one point last year, there were more than 9,000 Syrian refugee families in the south, 65 percent of them in Sidon, with the rest residing in the Ain al-Hilweh and Mieh Mieh refugee camps, according to Kazbar. However, these numbers have recently begun to fall. Only half of the Syrian refugees in the south now live in Sidon, accounting for no more than 4,862 families, according to statistics gathered by the Union of Relief Organizations in Sidon. Kazbar blamed the falling population on foreign NGOs and UNHCR, who he said are providing insufficient levels of aid to the area, adding that the assistance is inadequate for refugees’ basic needs, including food, rent, and medical care. Another likely factor contributing to the decrease is the introduction of stricter border controls by the Lebanese government.