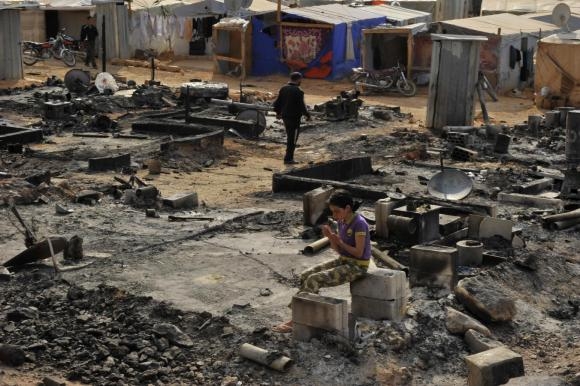 Lebanon’s Prime Minister Tammam Salam has met with two representatives from the United Nations to discuss the refugee crisis in Lebanon. According to the Daily Star, one issue PM Salam discussed by UN humanitarian chief Valerie Amos and UN Coordinator in Lebanon Ross Mountain was the third Syria donors conference that will take place in Kuwait at the end of March. The conference has been organised by Kuwait at the request of UN head Ban Ki Moon to collect pledges of humanitarian aid for Syrian refugees in Lebanon and neighbouring countries. Around $4 billions’ worth of pledges in aid from various countries has been collected in the past two years, including $800 million from Kuwait itself, according to Yahoo! News. Officials also discussed the regional instability caused by the advance of Islamic State. The Daily Star reported that ISIS was eyeing parts of Lebanon to create an “emirate” that will be a geopolitical extension of the Islamic State created last year over captured territories in Iraq and Syria. Sources within the security forces said that top ISIS commander Abu Musaab Halous has met with field commanders in the Syrian town of Qalamoun to discuss the formation of military units for this expansion. Lebanon launched a pre-emptive attack on February 26 against two hilltop positions on the outskirts of Ras Baalbek, a town in the border with Syria. The Lebanese Army announced on the same day that it had successfully retaken the positions from the jihadists. Lebanese officials announced on Monday that they would welcome Assyrian Christians following the Islamic State’s kidnapping of more than 200 Assyrians in the province of Hassakeh in Syria. The National News Agency reported that 17 Assyrian Christians had entered the border earlier this week although it was unclear if they were refugees from Hassakeh or simply transitioning to another country. Share on FacebookShare on Twitter