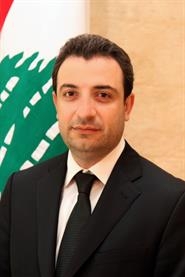 Lebanese Health Minister Wael Abu Faour expressed concerns Tuesday that the health system in the country would collapse because of heavy burden caused by large numbers of Syrian refugees. The influx of Syrian people causes strain on rural areas because of the lack of full medical services, Abu Faour said in a speech at the American University in Beirut (AUB). The health services in remote areas are declining, he was quoted by the National News Agency as saying. The international community fails to react to the huge strain against the health sector in Lebanon, caused by the huge number of Syrian refugees, he said. The Lebanese health sector did not receive enough assistance to address the large number of refugees, he added. There are more than 1.2 million Syrian refugees living in different parts of Lebanon. Kuwait is set to host the 3rd internationl donors’ conference for the Syrian people on March 31, part of the Arab Gulf country’s contributions to alleviate suffering of Syrian people.