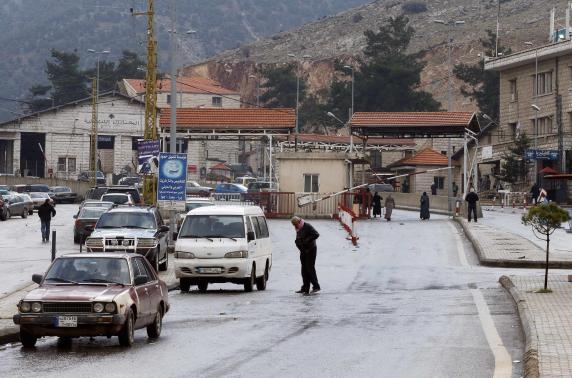 Lebanon enforced new immigration controls at the Syrian border on Monday in a move to gain control of the steady stream of refugees from its much larger neighbor. Shopkeepers and taxi drivers on the Lebanon side of the Masnaa border crossing said thousands of Syrians crossed the frontier on Sunday before the rules were implemented at midnight. On Monday, the border was quiet. A senior security official said on Saturday that Syrians would have to apply for entry permits for the first time and provide information about the purpose and length of their stay. Lebanon, whose population is less than five million, hosts more than a million Syrian refugees and has the highest per capita concentration of refugees in the world. The government already started restricting refugees late last year. It is also home to thousands of working Syrians, many of them employed in shops or as laborers. Resentment among the Lebanese population has spilled over into attacks on Syrians. Syrians will now have to apply for one of six types of entry permit — tourist, business, student, transit, medical or short stay. Each permit requires specific documentation, such as hotel bookings and $1,000 for tourists or an invitation from a Lebanese company for business people. Mohammed Moukhaiber, a Syrian who drives people from the Syrian capital Damascus to Lebanon, said he is worried he will now have to repeatedly apply for permits and that many of the workers he transports will not qualify under the new rules. “It will have an effect. There are people with business here, workers and drivers. Some have been working here for 20 years, they will surely be affected by this decision,” he said. The United Nations refugee agency UNHCR called on the government to clarify the role of refugees under the new legislation. “Our concern is that there is no mention of refugees in these new regulations,” spokesman Ron Redmond said. “We’d like some information on exactly how the procedure will be carried out to ensure the most vulnerable can still get in.”