Lebanon to press EU for more help with refugees 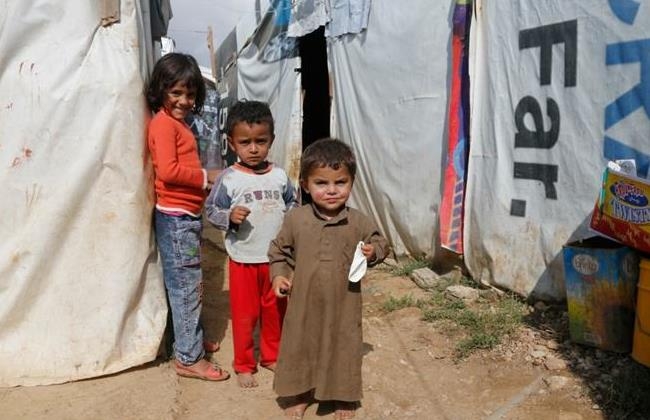 Lebanon will urge the European Union Monday to do more to help minimise the fallout of the Syrian refugee crisis and to fund key infrastructure projects in host communities, Lebanese ministerial sources told The Daily Star. Three Lebanese ministers – Foreign Minister Gebran Bassil, Economy and Trade Minister Alain Hakim and Energy and Water Resources Minister Arthur Nazarian – will make the request during a meeting of the EU-Lebanon Association Council in Brussels, the sources said. The meeting will convene Monday to take stock of achievements to date of the EU-Lebanon partnership and to define joint priorities for future cooperation. High Representative of the European Union for Foreign Affairs and Security Policy Federica Mogherini is expected to attend the talks. Garnering more support for Lebanon in international circles and minimizing the fallout of the refugee crisis will figure high on the agenda of the three Lebanese ministers attending the talks, the sources said. The sources said that the Lebanese government wanted the remainder of an EU allocation of more than 130 million euros ($164.8 million) for 2014-16 to be used to fund infrastructure projects across the country. Unveiled in November, the Lebanese government’s road map for assisting host communities, dubbed “The Lebanon Recovery Fund,” includes goals such as improving infrastructure and hospitals while facilitating the provision of hydrocarbons, electricity and water. So far around 52 million euros have been paid, but the Lebanese government is trying to convince EU officials to consign the rest of the allocation to fund infrastructure projects in host communities, particularly those which have suffered the most due to the refugee crisis. The issue had already been raised by Hakim with EU officials during Prime Minister Tammam Salam’s visit to Brussels in December. In October 2014, Hakim and former European Commissioner for Neighborhood Policy Stefan Fule inked a memorandum of understanding setting the priorities and financial allocations for EU-Lebanon cooperation for 2014-16. At the time, officials said the focus of EU-Lebanon cooperation for 2014-16 would center on three priority sectors: justice and security system reform; social cohesion, sustainable economic development and vulnerable groups; and sustainable and transparent management of energy and natural resources. With the new EU appointments, Lebanon is hoping that the EU will revisit its fiscal policies regarding the country, according to the sources. The sources hope that the new Neighborhood Policy commissioner Johannes Hahn will revise and reconsider the standing policies and budgets allocated to countries. The sources noted that the Lebanese government also sought a “unified vision” with the EU over aid packages and a framework so that aid would be earmarked through specialized funds like the Lebanon Recovery Fund and the Multi-Donor Trust Fund for Lebanon, overseen by the World Bank.