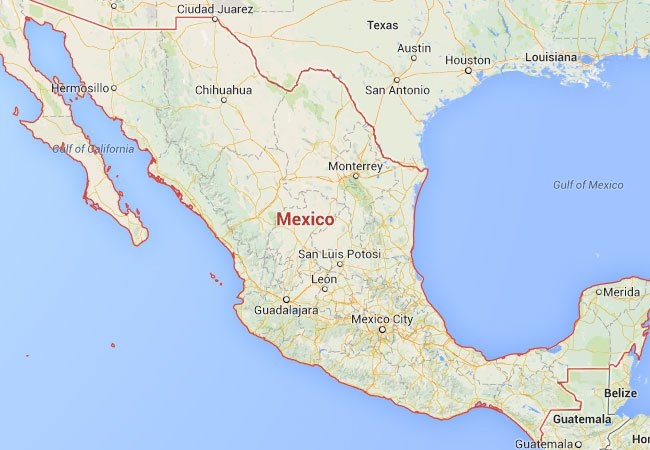 The Lebanese Minister of Foreign Affairs and Emigrants, Gebran Bassil, was in Mexico City for a meeting with his Mexican counterpart, José Antonio Meade, to “solidify political dialogue at the highest level” and “strengthen the ties of friendship and cooperation” that unite the two countries. According to the UNHCR, Lebanon is currently home to at least 1,200,000 Syrian refugees spread out across four major refugee camps: Beirut, Bekaa, North Lebanon and South Lebanon. Only Turkey has accepted more Syrian refugees within its borders, some 1,600,000, but Turkey certainly has more space; the total land area of Turkey is over 75 times larger than that of densely-populated Lebanon. The cost of taking care of all these refugees is an astonishing $1,520,000,000, and just about half of that is covered by the United Nations and the plethora of charities and world governments that donate funds to help. Given the massive financial burden and the lack of territory, Lebanon would be greatful to anyone that could help lighten that burden. Bassil said that, with the land area adjusted, the situation would be equal to Mexico hosting some 300 million refugees. “No nation on earth could live with this kind of challenge,” he insisted. Meade acknowledged that the impact this sort of encumbrance has on a nation is “huge,” both in terms of the economy and society as a whole. Lebanon should be noted and praised for its “generosity, dedication and international commitment to this massive humanitarian issues.” Secondly, the Middle Eastern country should be lauded for its “expressions of support for any measure of help that becomes available from any point of view,” according to Meade, who then added that “Mexico is open to the reception of refugees.” Regarding the situation in Syria, Mexico reiterated its “firm belief in a non-violent solution to the conflict” within the parameters of bilateral and international legal agendas. Concerning the relationship between Lebanon and his nation specifically, Meade agreed with Bassil on the need to strengthen projects that foment cultural exchange and cooperation while increasing trade and investment. Furthermore, the two signed agreements that will make academic mobility between the two nations much more streamlined. The visit was especially poignant given that 2015 is the 70th anniversary of the establishment of diplomatic relations between Mexico and Lebanon. “Seven decades of solid friendship, seven decades of deep bonds of cooperation and solidarity” is how Meade qualified the link, and noted with “tremendous pride” the contributions that Lebanese-Mexicans have made to national development. The impact of this community, thought to be at nearly 650,000 strong and important players in the areas of business, entertainment, politics and sport, served as a “bridge of unity” and a “key catalyst” in the relations between the nations. For his part, the Lebanese Foreign Minister thanked Mexico for its “consistent affection” toward Lebanon, not just for its “symbolic amount of assistance” as Mexico is not a “donator country,” rather it is a country that is “living the phenomenon of refugees” through its diverse population, something “much more important” than monetary aid. If Mexico does go ahead with the acceptance of Syrian refugees, it would make it the second Latin American nation to officially do so after Uruguay. In late April of 2014, Uruguayan President José Mujica first mentioned the topic and urged Uruguayans to “help in some way” with the Syrian crisis, especially in regard to the large number of children that have suffered as a result of the violence and instability. Urging the residents of his nation to show global “solidarity,” Mujica said that Uruguayan society can “do something to help members of the world family.” Some 220,000-290,000 people have been killed since the Syrian conflict erupted in March of 2011 and nearly 3.5 million Syrians have been turned into refugees. Meanwhile, over 5 million people are internally displaced. As such, in July of 2014, Mujica’s Secretary of Human Rights of the Republic Javier Miranda announced that an agreement was made with the United Nations High Commissioner for Refugees (UNHCR) head António Manuel de Oliveira Guterres of Portugal concerning a Syrian refugee resettlement project, Mujica’s brainchild. It was agreed that at least 60% of the Syrian refugees would be children and the families in need of resettlement would not be those brought in directly from Syria. Rather, they would be families that have been languishing for some time in the aforementioned Lebanese refugee camps. The two initially agreed that Uruguay would receive 120 Syrian refugees, some in September of 2014 and the rest in February of 2015. After a short one-month delay, 42 Syrians (two more than initially planned) arrived in Uruguay and 80 more were set to arrive this month as part of the agreement. The arrival of the second contingent of families, however, was delayed this month because it coincided with the transition period between the governments of Mujica and President-Elect and Mujica partymate Tabaré Vázquez. The future of the Syrian refugees in Uruguay could be in limbo after the incoming leader (who will assume power on March 1) made a statement, however, that there is “no established commitment” on his nation receiving the 80 remaining Syrian refugees per Mujica’s plan. Given the link between Islamic extremists that have flooded Syria in order to take down President Bashar al-Assad and the millions of people the fighting has displaced, Vázquez could be concerned that some of those extremists may blend in with the families genuinely seeking refuge in Uruguay. However, the families that eventually make it to Uruguay are thoroughly interviewed and examined by the UNHCR. Perhaps cultural and ideological differences, including allegations that some of the Syrian men were beating their wives and other female family members and that some families, those most affected by possible legal ramifications of domestic abuse charges, may be already planning on leaving Uruguay for elsewhere, is also playing a role. The latter part was something expected as the Syrians are treated as refugees, meaning that everything is voluntary, including their arrival and what they do upon integrating into Uruguayan society.