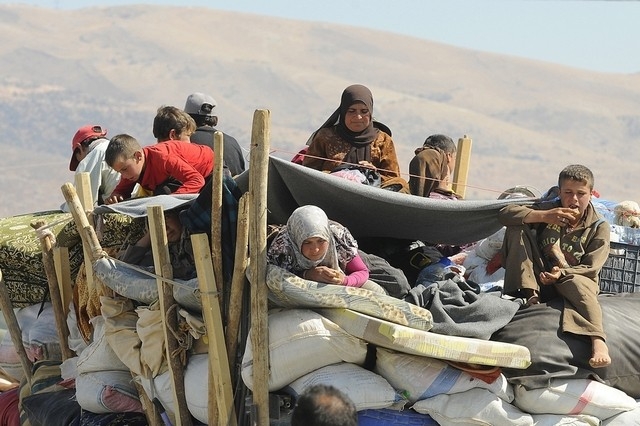 The UAE has played a remarkable role thus far in helping Syria’s harried refugees. From 2012 to June 2014, humanitarian aid totalled Dh484.5 million according to the Ministry of International Cooperation and Development. The country has been supporting refugees, particularly in Jordan at the Emirati-Jordanian Camp in Murijep Al Fhoud and the Al Zaatari Camp. We have funded the General Emirati Medical Clinic to provide the refugees with a wide range of health services around the clock. The international community too has raised tens of millions for one of the worst crises of displaced people since the Second World War. This is all to the good but is it enough? This is the natural question to ask now that Lebanon has decided, as reported in The National yesterday, to impose visas on Syrians for the first time. It is fearful of being overwhelmed. Despite all the international efforts, the pressure on countries in the region, especially small ones like Lebanon has been intense. Lebanon already hosts 1.1 million Syrians who fled the brutal civil war that started in 2011. This is undoubtedly a continuing challenge for the region as a whole. In December, Amnesty International said that Turkey, Lebanon, Jordan, Iraq and Egypt were hosting nearly 4 million refugees, more than half of them children. The displaced and the dispossessed have special needs that require a well thought out package of relief and rehabilitative measures. The region must come together to address the problem, as Jordan’s Queen Rania said at the conference organised in Sharjah in October by the UN High Commissioner for Refugees and Sheikha Jawaher bint Mohammed Al Qasimi, founder of the Big Heart Campaign for Syrian children. Sharing the burden will lighten the load. The UAE needs foreign workers and every year, we take in thousands from disparate parts of the world. Perhaps it may be worthwhile to consider a way to privilege qualified Syrian refugees for suitable work? Of course, work visas would only be issued after the necessary security checks, but the Saudis are already working on a plan along these lines. That would give the refugees a pathway to a better future and a hand up.