More Nations Agree to Take in Syrian Refugees, Including the United States 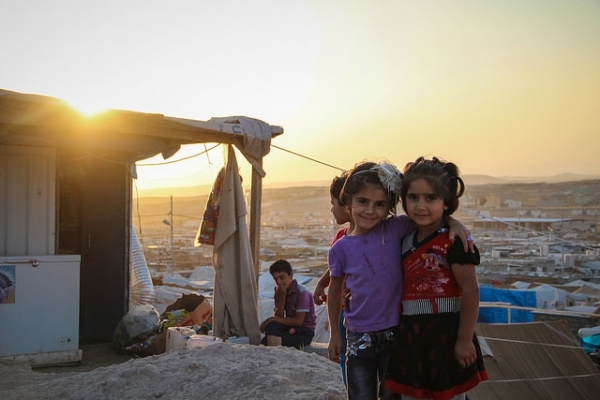 The Civil War in Syria has displaced more than 3.2 million Syrians since 2011. These refugees have had to escape to neighboring countries, and most of them have remained there since. Western countries declared on Tuesday, however, that they would begin to accept more refugees into their countries. The UN refugee agency stated that these western countries have agreed to offer more than 100,000 places for Syrian refugees for the beginning months of 2015. At the conference in Geneva, 28 countries vowed to take in 66,254 Syrian immigrants while 11 other countries agreed to expand the number of accepted refugees. Antonio Guterres is the UNHCR, the United Nations High Commissioner for Refugees, and was pleased to see the growth in commitment to aiding the relocation of refugees. Before the conference, only 40,000 locations were available for the millions of refugees, “We are confident we have clearly more than doubled,” said Guterres. The efforts, Guterres stressed, must continue. Currently the nations of Jordan, Lebanon, and Turkey contain almost 3 million Syrian refugees combined, with Lebanon and Turkey having over 1 million refugees each. These neighboring countries as well as the refugees themselves are becoming impatient with the lack of aid from the global community. The large amount of refugees has stretched the resources these neighboring countries can provide. “I have to say the world has a debt of gratitude to the neighboring countries that it probably never be able to fully pay and fully express,” said Guterres. Of the western countries, Germany generously vowed to accept more than 30,000 Syrian refugees since 2013. The United States currently is home to only 300 Syrian refugees, though the nation is currently considering some 9,000 resettlement applications. However, the U.S. takes in the most refugees in the world, with more than 70,000 individuals being resettled in the U.S. annualy. The U.S. is hesitant in allowing larger numbers of Syrian immigrants into its borders because of the possibility of security breaches. Back in 2009 two members of Al Qaeda entered the country under the guise of immigrants. As a result the U.S. government tightened its regulation and screening process, which now takes up to two years. The goal is to provide these refugees with U.S. citizenship once they are allowed to enter. Other agencies such as Oxfam criticized the lack of response from western countries. They were disappointed in the lack of commitment, claiming that the nations could have offered more resettlement locations to the refugees. “While it is encouraging to see increased commitments to provide resettlement or humanitarian admission to refugees by a number of countries … many of those desperately in need of a lifeline will have to remain in the region, amid worsening conditions,” said Andy Baker, head of Oxfam’s Syrian Response.