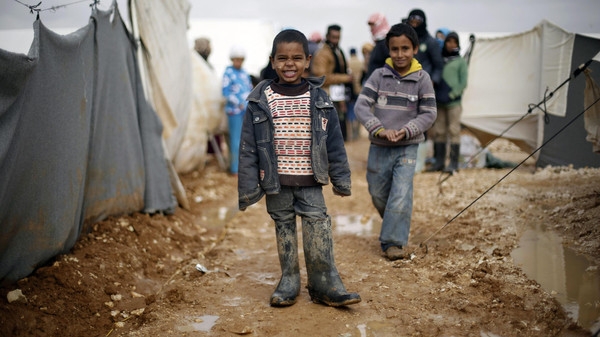 The United Nations says it has carried out 54 aid deliveries to Syrians through newly-authorized convoys from neighboring countries since July, helping around 600,000 people in rebel-held territory. The latest monthly report on the humanitarian situation in Syria will be discussed Wednesday at a U.N. Security Council meeting. “Access to medical supplies and equipment continued to be restricted by insecurity and constraints imposed on humanitarian operations by parties to the conflict,” the report said. The aid convoy program was authorized in July without approval from Damascus. After initial successes, the program had its mandate extended in December until the beginning of 2016. The Security Council had designated crossing points in Iraq, Jordan and Turkey through which an estimated two million people could be reached with aid The rest of the aid travels from inside Syria, under the control of Damascus, which the U.N. says places bureaucratic barriers on deliveries. The Syrian conflict has raged for nearly four years, killing more than 200,000 people and displacing about half of the country’s 23 million people from their homes. As of January 13, the aid convoy program has run 40 deliveries through Turkey and 14 through Jordan carrying food for 596,000 people, water and sanitary products for 280,000 people and medication for 262,000 people. The designated crossing point through Iraq could not be used due to safety concerns, the report said. Ongoing fighting, shifting rebel alliances and bureaucratic delays from Damascus have hampered aid deliveries. “As Syrians, nearly half of them displaced, suffer through another bitter winter, I remind the Security Council that funding for U.N. agencies and their partners has not kept pace with the needs,” the report said. “The humanitarian situation in Syria has continued to deteriorate.” Of the total 12.2 million Syrians the U.N. estimates are in need, 3.8 million are said to be in Jordan and Iraq, while 7.6 million — about half the population — are internally displaced. About 200,000 Syrian civilians are in areas besieged by government forces or opposition group