No formal refugee camps for Syrians in Lebanon 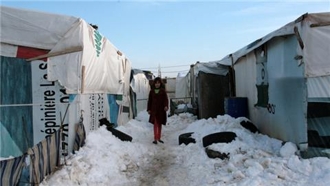 About one in five people living in Lebanon are refugees from Syria’s civil war – giving Lebanon more refugees per capita than any other country in the world. But this fact is not immediately obvious to the first-time visitor. Unlike the other neighbouring countries to which Syrians have fled – Turkey, Jordan, and Iraq – Lebanon has no formal refugee camps. Although beggars and street children are a common sight in parts of Beirut, it is only when you reach the tent-speckled plains of the Bekaa Valley or drive past muddy roadside encampments in northern Lebanon that the scale of the country’s refugee problem becomes apparent.