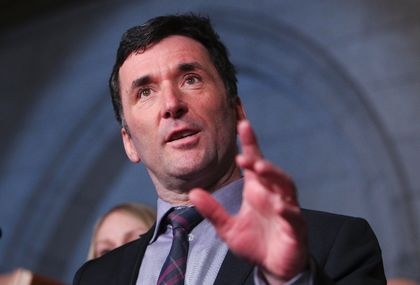 Opposition parties hammered the federal government Friday for not allowing more Syrian refugees into Canada. NDP MP Paul Dewar said if countries such as Sweden and Germany can accept “tens of thousands” of refugees from the warn-torn country, Canada can surely accept more than the 1,900 Syrians who have so far fled to our shores. Sweden’s embassy says it has accepted 60,000 refugees since Syria erupted into civil war in 2011. Germany has taken in 20,000 over the same period, according to the latest UN data. Dewar wants Canada to open its borders to 10,000 Syrian refugees. The federal government has defended the country’s role so far by pointing to the more than $630 million in humanitarian, development and security assistance it’s donated so far to ease the Syrian refugee crisis. The opposition attacks come on the heels of reports that suggest the government is trying to limit the refugees it accepts to just from the country’s religious minorities. The NDP pounded on those reports, with Dewar calling the idea “discrimination to refugee applications.” “We shouldn’t tolerate that,” he said. Conservative MP Costas Menegakis called the reports “categorically false.” “To suggest that we are focusing on one category of people is false. That said, we have seen countless examples in recent years of people being persecuted for their religious beliefs. We will prioritize persecuted ethnic and religious minorities, those at demonstrated risk, and we will make no apologies for that.”