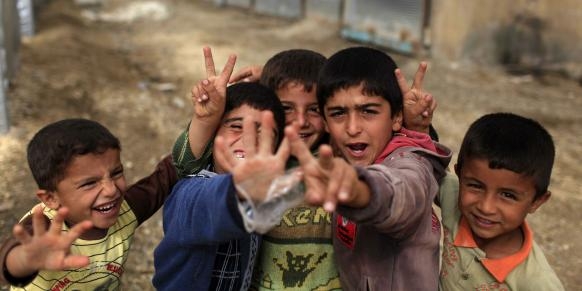 These people who are unwelcome wherever they go are also not wanted in Turkey. Istanbulites look for an answer to the question as to whether the people they see on the street begging for food are gypsies. This question is actually driven by something we cannot admit to ourselves. Do we select the people for whom we would feel sorry? If the people who live on the streets without decent food and shelter once led a life similar to ours, we may feel worried because someday we may end up like them. But if somebody tells us they are a Syrian gypsy, we can feel relieved because the gypsies are out of our emotional reach. We assume that the gypsies do not need electricity or a decent home. Due to such prejudice, we are unable to see that they are victims of the Syrian civil war. Even other Syrian refugees do not make them feel welcome. Tarlan, who has been working with gypsy groups for 15 years and advising the European Roma Rights Center (ERRC), argues that gypsies are the most affected group by the ongoing turmoil in the Middle East. “The government that came to power after the American invasion of Iraq allowed the destruction of the neighborhood that was once home to 80,000 gypsies,” he said. “These people are not wanted by others either. Now we see gypsies who were born in Iraq, moved to Syria and now live in Turkey.” The gypsies also pay an extra price for not picking a side in the Syrian domestic war. Tarlan said both the regime and the opposition targeted the gypsies, who defined the war as insane. The Haydariye neighborhood, where mostly gypsies lived, was bombed by Syrian President Bashar al-Assad forces, whereas the opposition groups that seized control in Raqqa used harsh measures against the gypsies because they viewed them as non-Muslims. It is estimated that 50,000 out of half a million Syrian gypsies moved to Turkey and the rest fled to other countries in the region including Jordan, Lebanon and even Egypt. “It’s easy for them to cross the border,” added Tarlan. “Before the war, some gypsies in Turkey married gypsies in Syria and some Syrian gypsies moved to Turkey for work. Most of them do not have an ID card. So we see that the gypsies in our country are pretty mobile. They will most likely move to a warmer country in winter.” Gypsy refugees It is possible to see Syrian gypsies everywhere in Turkey. They occupy the abandoned houses in areas of urban transformation or set tents in poor areas. They mostly live in Adana, Ankara, Antakya, Antep, Batman, Diyarbakir, Istanbul, Kilis, Sirnak and Van. Tarlan, who started to focus on the Syrian gypsies after the war began, observed that the residents didn’t like the camps they were asked to settle in at the beginning of the war and that they were eventually sent out of the camps. He adds: “Camp life is no different than prison for gypsies. They refused to stay there any longer as they have relatives in the border cities of Turkey. Those people welcomed those who came from Syria. Solidarity between them is pretty strong.” However, a recent Interior Ministry directive sent the Syrian refugees to camps. This directive may have pleased locals but, according to Tarlan, the gypsies were treated inhumanely. “Some of them acquired a blue card last summer and had started a life for themselves in the tents they had set up,” said Tarlan. “But after this directive, they were forced to either move to camps or face being returned to Syria. We learned that 50 to 60 tents were burned and the residents were deported. This is illegal.” The ERRC in Budapest will release its report on Syrian gypsies in Turkey at the end of February. Tarlan, who conducted interviews and took photos for the report, wants to reveal the problems experienced by Syrian gypsies. He said the report refers to the greatest problem of discrimination. The authorities want to send them to camps, but camp residents don’t want them. They work without access to healthcare services as seasonal workers on a pretty low wage. Even local people discriminate against them. As a result, they have to live on the streets and must beg to avoid starvation. Do we realize that the gypsies we see on the streets every day had such extreme experiences? Roma or gypsy? Tarlan prefers gypsy to Roma because Roma refers to a certain gypsy group. The gypsies moved from North India to other parts of the world around A.D. 600 as three groups: Doms, Roms and Loms. It is possible to see members of all these three groups in Turkey, with each group speaking a different dialect of the Indian language. Roms spread to Europe through Anatolia and the north Black Sea. They mostly live in western Anatolia in Turkey. Loms are settled in Azerbaijan, Turkey’s Black Sea region, Erzurum, Kars, Sivas and Tokat. Doms, who are dispersed in the Middle East, can also be seen in southeastern parts of Turkey. Tarlan believes that affirmative action policies should be enforced to protect gypsies, who are more affected than most by resettlement laws and upheaval.